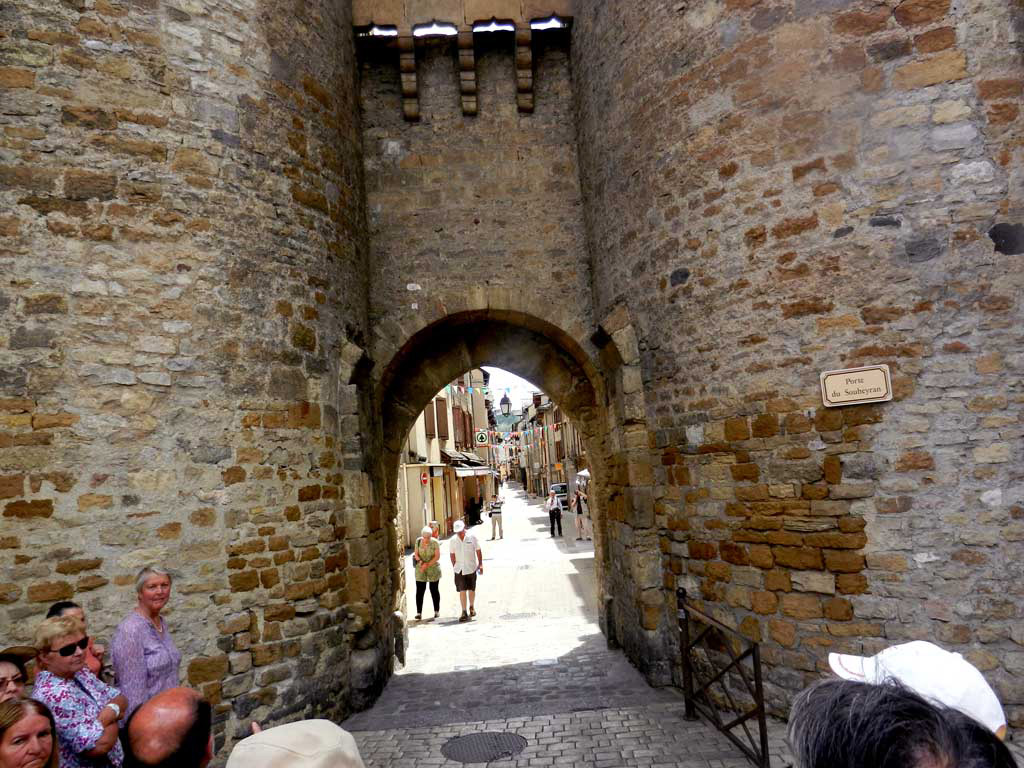 info_outline
You are here: Home / Regions / Occitany / 48-Lozère / The Three Towers of Marvejols

The Three Towers of Marvejols

Marvejols is a historical city of character, capital of the Gévaudan under Henry IV, and offers a very rich heritage. In its narrow streets, passing by the house of tourism it is all the history of the royal city of Philippe IV le Bel which is offered to you.

Indeed, you must see during your visit the pedestrian heart of the city, the doors of the city of the XVII' century, the statue of the Beast of Gévaudan and that of Henri IV, the Collegiate church Notre Dame de la Carce, the private mansions...

In 1307, Marvejols was chosen as the administrative capital of the lands of the king of France in Gévaudan, while Mende was the episcopal city. During the Hundred Years War, Marvejols, a royal city, was fortified and the king added the fleur-de-lis to its coat of arms.
In the 16th century, the majority of the population converted to Protestantism and followed Henri de Navarre.
During the Wars of Religion, Marvejols, a Protestant stronghold, was taken by the Catholics in 1586. In 1601, Henri de Navarre, who became Henri IV, king of France, helped the city to recover.

This gate, which dates from the 14th century, has kept its medieval look even if it underwent important repairs at the beginning of the 17th century. It was equipped with a wooden gate and portcullis, with a ditch and a chain drawbridge.
Its defensive architecture is said to be "open at the throat", because the various floors are open and accessible from the inside, by mobile ladders.

South gate of Marvejols, it leads on the road of the South, towards Millau. It used to be called "Porte de l'Hôpital" because of the Saint-Jacques Hospital, located nearby.
From inside the city, you can see how the walls were filled with river pebbles when the gates were built in the 18th century to be inhabited. For this purpose, windows had to be made in the south of the towers themselves. At the top, there is also, as in a real house, an attic window with its pulley.

This is the East Gate of Marvejols. The houses built outside this gate are shaped like a small terrace called "ravelin" on which the chain drawbridge was supported.
The large external ditch, in water in this low part of the city, played a real role in the defense of Marvejols at the time of the wars of Religion.
The door of Théron still has all its hinges.

The Henri IV circuit, allows the discovery of the Marvejols heritage, with a pedestrian route composed of 17 illustrated markers presenting the most prestigious monuments and the local tools adapted to everyday life. It can be done in about 1 hour 30 minutes.