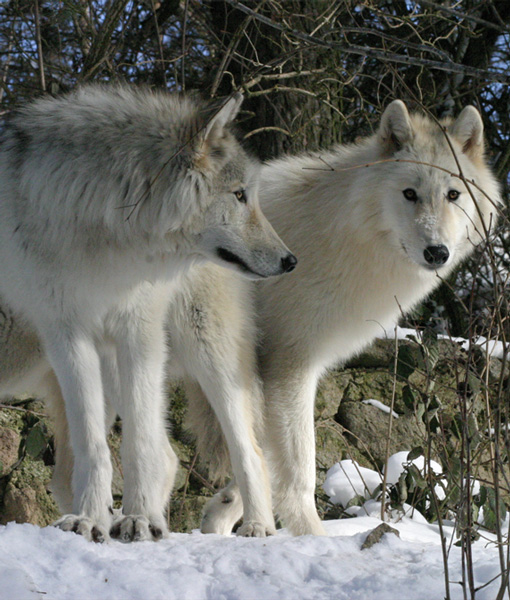 The Parc des Loups du Gévaudan is located in Margeride, at an altitude of more than 1000 metres.

This park was created in 195, after Gérard Ménatory, a journalist at the Midi Libre and wolf breeder since 1961, transferred his horde of 15 wolves to the Saint-Lucie Zoological Park.

More than one hundred wolves (Canada, Siberia, Mongolia, Arctic and Poland) live in semi-liberty in a wooded area of several hectares on the land of legends of Gévaudan.

A vision park is open in order to discover, with specialists, five subspecies of "Canis lupus", wolves from Poland, Canada, the Arctic, Siberia and Mongolia.

In 2016, the Parc des Loups du Gévaudan had more than a hundred wolves living in semi-liberty.

The main interest of the Parc des Loups du Gévaudan, apart from observing wolves, is to make the animal known as it really is, to erase or alleviate all fears and to rehabilitate it.

The park also has an enclosure of more than 15 hectares where more scientific studies take place.

The Wolves of Gévaudan