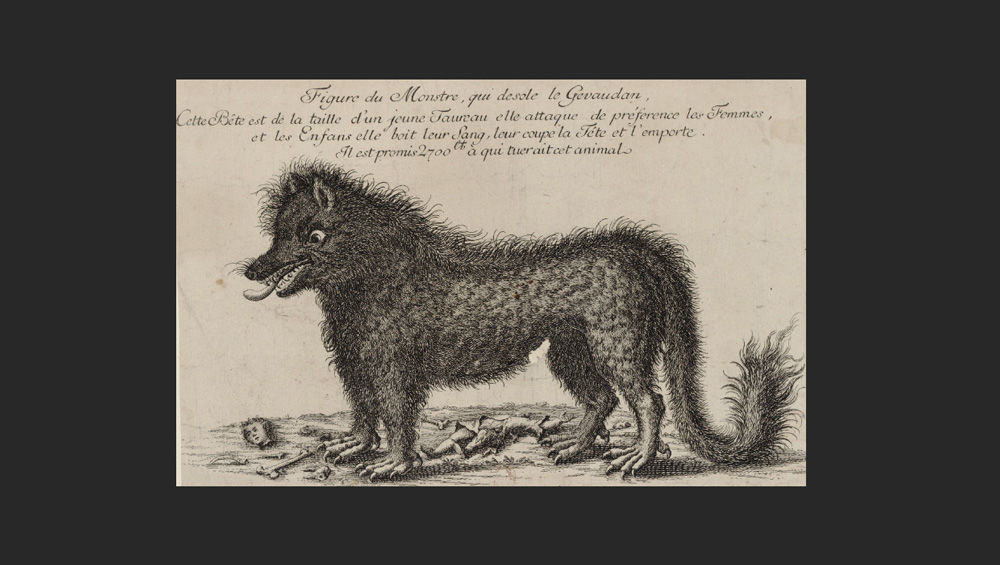 info_outline
You are here: Home / Regions / Occitany / 48-Lozère / The legend of the beast

This is one of the great French enigmas that has never really been solved.
What was the beast of Gévaudan?
One evening in June 1764, a fourteen-year-old shepherdess returned to her parents' home near Langogne, in the Gévaudan region of France, her clothes torn, her chest scratched and her hands bleeding.
Crying, she declares that she has been attacked by a huge beast.
The young shepherdess is thought to have been mauled by a wolf...

The legend is growing...

Just a few weeks later, in the same area, the body of a young girl is discovered.
Her head was torn off, her chest and shoulders eaten.
The attacks will multiply.
The psychosis seizes the region and we speak of "the Beast" in reference to the Apocalypse.
The descriptions of witnesses of the time are frightening: "A black stripe four fingers wide sharing the neck to the tail which is very long. It also has enormous claws. But the most repulsive is its head which ends in a snout, like that of a pig. The mouth is huge and has sharp teeth. Finally, the ears are straight, like little horns. Moreover, another detail proves that it is not a wolf, any more than any other known animal in the region, the Beast would leap about ten meters".
The intendant of Languedoc, Mr. de Saint-Priest, entrusted the direction of operations to Captain Duhamel, who commanded the dragons of the Clermont volunteers in Langogne, with whom he travelled in vain through the region.
On May 1, 1765, the Beast was surrounded by the rocks of Prunières and shot at a distance of fifty paces.
Three bullets hit it.
It is believed to be dead... but it gets up and runs away.
The attacks will continue.
On June 19, 1767, in La Sogne d'Auvert, Jean Chastel suddenly found himself in front of a monstrous animal that corresponded to the description of the Beast.
He will say that he had never seen such a monster before.
Jean Chastel grabs his rifle, shoulders without hurrying, aims and shoots and kills it.
He's going to Versailles with the skin he wants to show the king.
We'll finally find out what this unknown animal is...
But Versailles is a long way from Gévaudan and the summer is particularly hot.
When he arrives at the end of his journey, the monster's body is in such a state of putrefaction that it is immediately buried without being
examined.
The Beast will never give up his mystery.