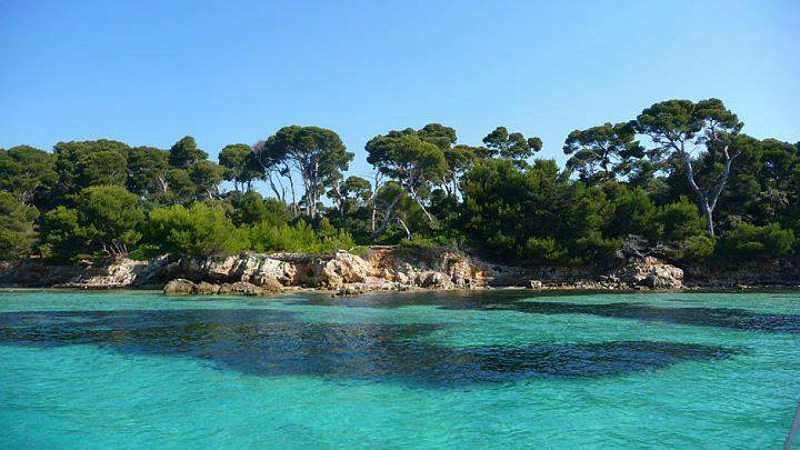 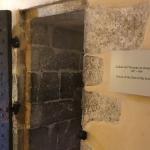 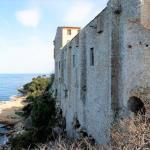 Sainte-Marguerite, the Island of the Iron Mask

Off the coast of Cannes, Ile Sainte-Marguerite is the largest of the four Lérins islands.

Less than a kilometre from the Croisette, Sainte-Marguerite Island is a little corner of paradise much sought after by the people of Cannes.

A few steps from the landing stage, the village is made up of restaurants and small fishermen's houses. Majestic alleys lined with essences coming from faraway countries make it possible to cross the island from one side to the other. It was the bishop of Ghent, Maurice de Broglie, who was detained on the island for ten months in 1812, who had eucalyptus trees planted there.

On the island, one must see the pond which is home to many migratory birds and where certain species breed.
An observatory has been set up to contemplate and recognize them.

One could not visit the island without seeing the two reddening ovens located respectively to the west, at the Dragon's Point and to the east, at the Convention Point.

These two furnaces were used to supply the batteries of cannon placed at these strategic points with red-hot cannonballs for the defence of the coasts against enemy ships trying to approach. Two similar furnaces were installed at the eastern and western ends of Saint-Honorat, so that enemy ships could be caught in the crossfire.

These masonry ovens were built under the orders of General Bonaparte in 1793.

Finally, during your visit, you must stop at Fort Royal.

Built by Richelieu, it was reinforced by the Spaniards and then by Vauban and served as a state prison, then, after the Revolution, as a military prison. It is now home to the Museum of the Sea presenting collections of underwater archaeology. One can also visit the Iron Mask cell, as well as those in which six French Protestant pastors were locked up after the revocation of the Edict of Nantes. Former Marshal Bazaine was held there for eight months. He escaped there epically on August 10, 1874.

The Mystery of the Iron Mask
The Iron Mask has been a prisoner there for many years.
On April 30, 1687, he arrived on the island under the good guard of his jailer, the Marquis de Saint-Mars.
His identity remains a mystery.
Was he the twin brother of Louis XIV, the adulterous son of Anne of Austria, wife of Louis XIII and the Duke of Buckingham, or of the same Anne of Austria and Cardinal Mazarin?
Was he the bastard of Louis XIV, the bastard of King Charles II of England, the Duke of Monmouth or Count Mattioli, who was allegedly imprisoned for having sold to Spain the contents of the negotiations between Louis XIV and Carles III of Mantua?
No one knows!

Another legend
The name given to the island would be that of a sister of Saint-Honorat, Marguerite.
In the 5th century she led a community of nuns.
Her brother who lives on the neighbouring island cannot see her because the island is forbidden to women.
The Saint then tells her that he will only come to see her once a year, when the almond trees are in bloom.
Marguerite prayed so fervently to God that an almond tree planted on the shore began to bloom every month.
Faced with this miracle, Saint Honorat feels his ascetic rigour melt away.
The monastery founded by Saint Honorat on the island of Lerins is the oldest in the West.

The "ca d'arbinée" of La Brigue, Houses of the Bees