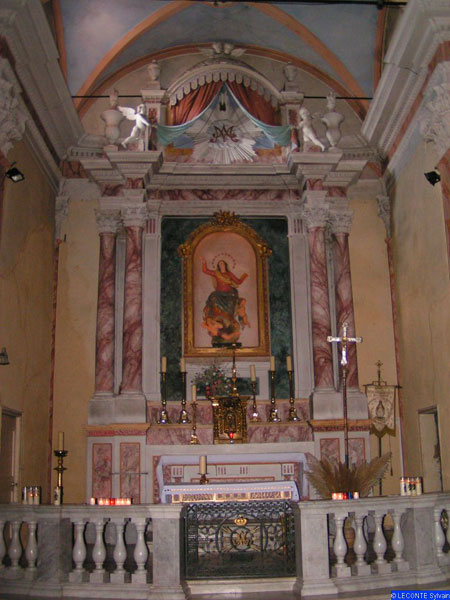 info_outline
You are here: Home / Regions / Provence Alpes Côtes d'Azur / 06-Alpes-Maritimes / The Shrine of the Miracles of Our Lady of Utelle, a beautiful story

The Shrine of the Miracles of Our Lady of Utelle, a beautiful story

This sanctuary, perched on a hill with a breathtaking view, has a very surprising history.

Around the year 850, Spaniards sailing along the coast of Provence were caught in a terrible storm near the mouth of the Var river.

Nearly perishing, they vowed to build a chapel dedicated to the Virgin Mary if the storm calmed down and let them live.

While they were praying, the Virgin appeared to them and showed them a mountain, shining with light and dominating the whole region.

The sky was serene and this serenity soon spread everywhere, the wind ceased and the storm instantly calmed down.

The mighty Mother of God had miraculously answered them.

The navigators, faithful to their promise, climbed the steep sides of the mountain that Mary had indicated to them and erected a "Pylon" commemorating the prodigy.

The "Pylon" was enlarged, transformed and became a chapel that welcomes great pilgrimages.

The bishops of Nice and Rome encouraged this devotion. Mary's power was always manifested in her Shrine of Miracles.

In 1510, the daughter of the Syndic of Sospel, deaf-mute, was healed of her infirmity in a trip to this ancient chapel.

Other people were healed.

The shrine was devastated during the revolution. A cloister was built around the chapel, which was inaugurated in 1871 and can still be seen today.

The statue of Our Lady was crowned in the name of Pope Pius XI. It is a beautiful work and the stars used are none other than marine animals that were present there 140 million years ago.