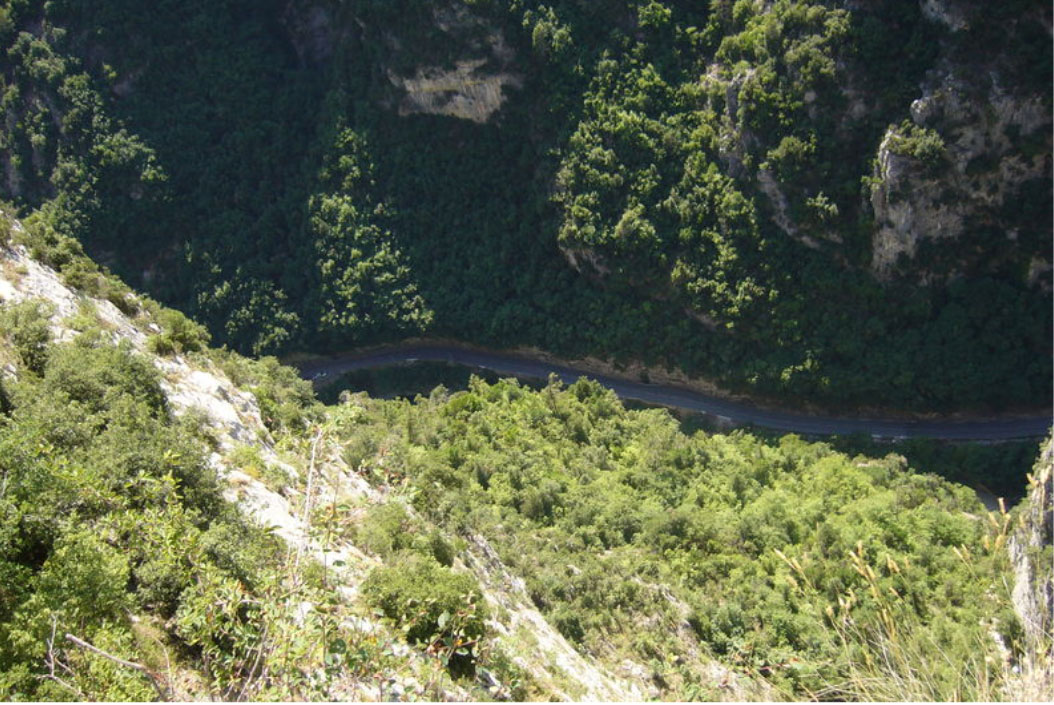 Le Saut des Français is a locality located at the exit of Duranus, in the Alpes-Maritimes.

In 1792, Nice is not French. Faced with the Republican troops who tried to invade the region, the inhabitants formed a militia, the Barbets. This place will become a high place of resistance of the Barbets against the occupation of the county of Nice by the French troops of the Revolution. French soldiers are said to have been thrown from the top of this 300-metre cliff into the Vésubie valley below, in retaliation for the atrocities these same soldiers had committed.

Today, Le Saut des Français has acquired the status of a place of remembrance and throughout the 19th century, accounts of past atrocities gave rise to a rich oral tradition, which allowed the Barbets to take their place, alongside the Saracens and Queen Jeanne, in the "legendary" land of Nice.

One author, Michel Lafelice, described the description of the "Saut des Français" as "picturesque" with a "tendency to sink into the macabre", and reproduced it from Victor-Eugène Gauthier's novel "Les Bandits justiciers des Alpes-Maritimes", published in late 1870, in which the Barbets attacked isolated French soldiers.

"A spectacle of indescribable horror was then offered to the French.

From the top of a small plateau that dominates the most gigantic escarpments of Vésubie... the Barbets precipitate our poor French volunteers into the rocky bed of the torrent. One after the other, they are seized by arms and legs and thrown into the abyss amidst cries of terror and satanic laughter that reverberate ten times over in these appalling abysses... "

It is at the heart of this troubled time that the story told by Louis Gilles Pairault in his book called "Le Saut des français" is set.

In this novel, Jacques, a French soldier, falls madly in love with Elisa, a modest native of Nice, while his troops are fighting the inhabitants of the city.

This adventure, not unlike that of a certain Shakespearean couple, allows the writer-historian to describe this little-known period in French history through the impossible love story of the two young men.

The Exotic Garden of Èze, a ballad in the botany of the world