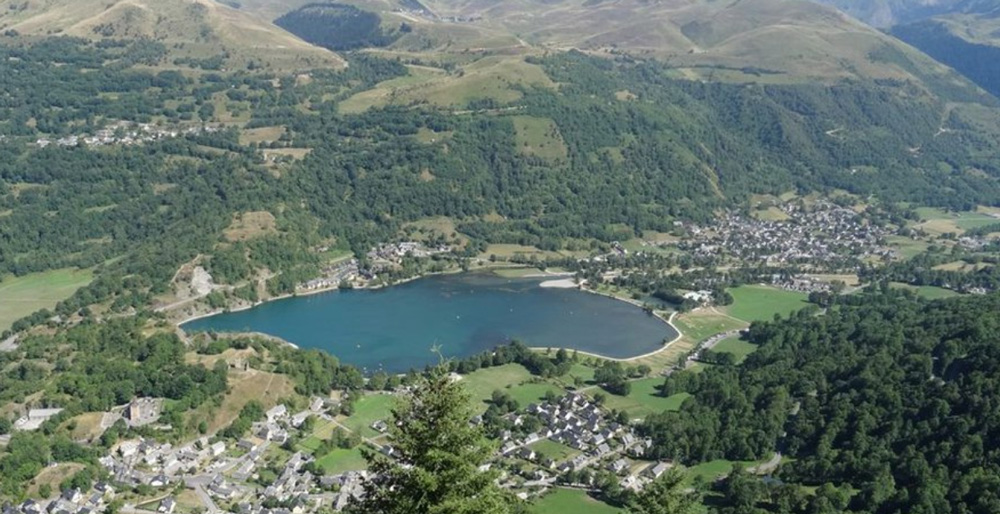 Loudenvielle is a French commune in the Hautes-Pyrénées, in the Occitan region.

On 1 January 2016, it was created with the status of a new commune following the merger of Loudenvielle and Armenteule, which became delegated communes.

Loudenviellle is also one of the communes of the Pays d'art et d'histoire des vallées d'Aure et du Louron.

The commune, which is home to numerous holiday residences, is close to the winter sports resorts of Val Louron and Peyragudes. But summer tourism is also important with hiking trails and a paragliding school, with its grandiose landscapes and its preserved Pyrenean atmosphere, its superb artificial lake of Génos-Loudenvielle, since 1975, central landmark of the Louron valley and covering an area of 32 ha.

The history of the Tour de France will remember that it was in 2012, during the first stage finish in the resort, that Thomas Voeckler won his red jersey with white polka dots for best climber.

The history of cinema will remember that in January and February 1997, it was in Peyragudes that the images of the credits of one of the many James Bond films "Tomorrow Never Dies" were shot.

As the resort has one of the rare mountain airports in the Pyrenees, the film teams chose to recreate an Afghan camp at the foot of the runways.

At the entrance of the village, at the foot of the ski resorts of Peyragudes and Val Louron is Balnea, a thermal playground complex, the first thermal water relaxation complex in the French Pyrenees.

Moreover, Balnéa was awarded an excellent mention by Biom Work, for the economic performance of the company in meeting the challenges of sustainable development in the area.

The museographic center l'Arixo (free of charge), labeled "Rural Heritage 2000", presents the riches of the Louron Valley inside a superb building dressed in stone, wood and slate. It is also home to the Arixo cinema, which offers the Cine-Ciné-cimes festival in March. All the rest of the year, the center offers many activities, exhibitions, storytelling evenings, shows...

Loudenvielle and its surroundings offer many beautiful and discreet chapels such as the beautiful Saint-Félix church located north of the lake of Génos-Loudenvielle. Oriented from west to east as tradition dictates, this 12th century Romanesque edifice is classified as a Historic Monument, notably for its bell-tower-wall and its 17th century altarpiece near the altar.

With the new Skyvall cable car, you can reach Peyragudes in a few minutes from Loudenvielle without taking your car!

If you like high altitude hiking, head south to discover the magnificent Clarabide Gorge on the border of Spain, we are here only 10km from the Spanish border.

In the village of Loudenvielle, don't miss the new Pumptrack track, a course composed of moguls and adapted to all styles, cycling, rollerblading, skateboarding.

Discover also the Ludic Park, a playground for children with inflatables and trampolines...

The Pyrenean Bear, from Prehistory to the present day

Henry Patrice Marie, Earl Russell-Killough, the man who lived in the caves...