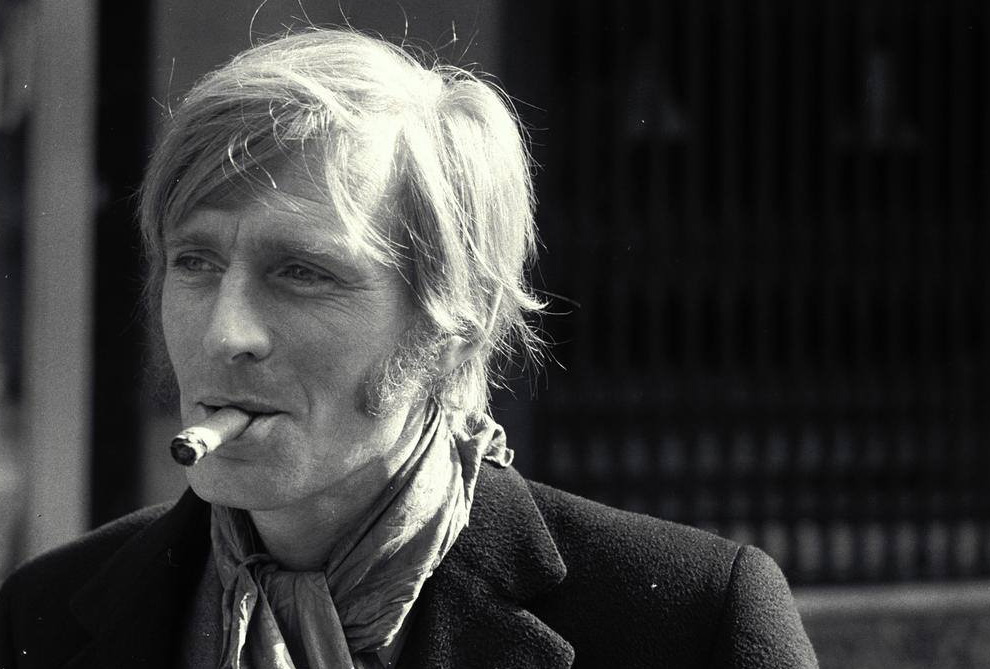 Nino Ferrer, whose real name was Agostino Arturo Maria Ferrari, was an author, composer and singer, born on August 15, 1934 in Genoa, Italy, and died on August 13, 1998 in San Cyprian, not far from his southern home.

He was naturalized French at his request in 1989.

Nino Ferrer's refuge was in Montuq in a large building dating from the 15th century, at the top of a hill called "La Taillade".

His memory still alive in Montcuq

In September 1977, thanks to the success of the ballad "Le Sud", which sold more than a million copies, Nino Ferrer left his suitcases there with his wife and son Pierre. A second son, Arthur, was born in February 1979.

The singer, not very comfortable with Parisian life and show-biz, preferred to move away and spent a lot of time in the Lot.

The house in the Lot is still a recording studio, created by Nino Ferrer as soon as he arrived.

He recorded records there until 1990.

The studio is still in operation. Today it welcomes artists and friends, many of whom come to this hospitable place. Among them, the singer Arthur H.

The house is filled with memories of the artist, his guitars and his paintings.

Painting was the other passion of the singer.

Nino Ferrer's production was abundant and his sons, Pierre and Arthur, found dozens of works in the boxes.

On the occasion of the twentieth anniversary of their father's death, three exhibitions were held in Montcuq, including one at the Lion d'Or gallery. Some paintings were never exhibited, among them gouache landscapes dating from his adolescence and twenty-four self-portraits.

Born in Genoa to an Italian father and a French mother, Nino was raised partly in New Caledonia, and had begun studying archaeology before becoming a jazz, soul and variety singer.

Now without a record company, Nino Ferrer releases his records on different labels each time.

In 1979, "Blanat" was released on a small independent label, Free Bird. It is a very gospel, even jazz album, with tracks in French and English, as often in his repertoire.

That same year, Ferrer met Jacques Higelin and went on tour with him. His delirious rock universe and his powerful personality seduced Ferrer and encouraged him to return to the stage he had long since abandoned.

Following this tour, he played in Paris at Le Bataclan with the group of the future Paul Personne.

Then he released a new album in 1981 on the WEA label.

In this album, "la Carmencita", there are mainly old songs but sales are very low. The following album, "Ex-Libris", is entirely original and written as a tribute to his father. But it is not more successful.

1983 was a year of return and departure. Ferrer releases an album again in the Leggs' rock'n'roll vein, " Rock'n'roll cowboy ". Then, he went on stage at the Olympia on December 19th for a unique concert.

That year Nino Ferrer finally slammed the door of showbiz.

The following year, however, he appeared in a children's musical, "L'Arche de Noé", which was staged in Paris at the Théâtre de l'Unité.

From the end of 84 to 86, Nino Ferrer disappeared completely from the musical scene.

Retired in his country house, he painted a lot, had a few exhibitions and above all raised his sons, Pierre and Arthur.

However, he recorded an album in 86 which he soberly called "13e album". But the record goes unnoticed.

In 1989, the municipality of Montcuq commissioned him to organise the ceremonies of the Bicentenary of the French Revolution.

A record could sum up his life, "La désabusion".

Disillusioned, he chose to leave for a field near his home on August 13, 1998.

The troglodyte and roman fountain - The Gallic Fountain and Caesar's Fountain