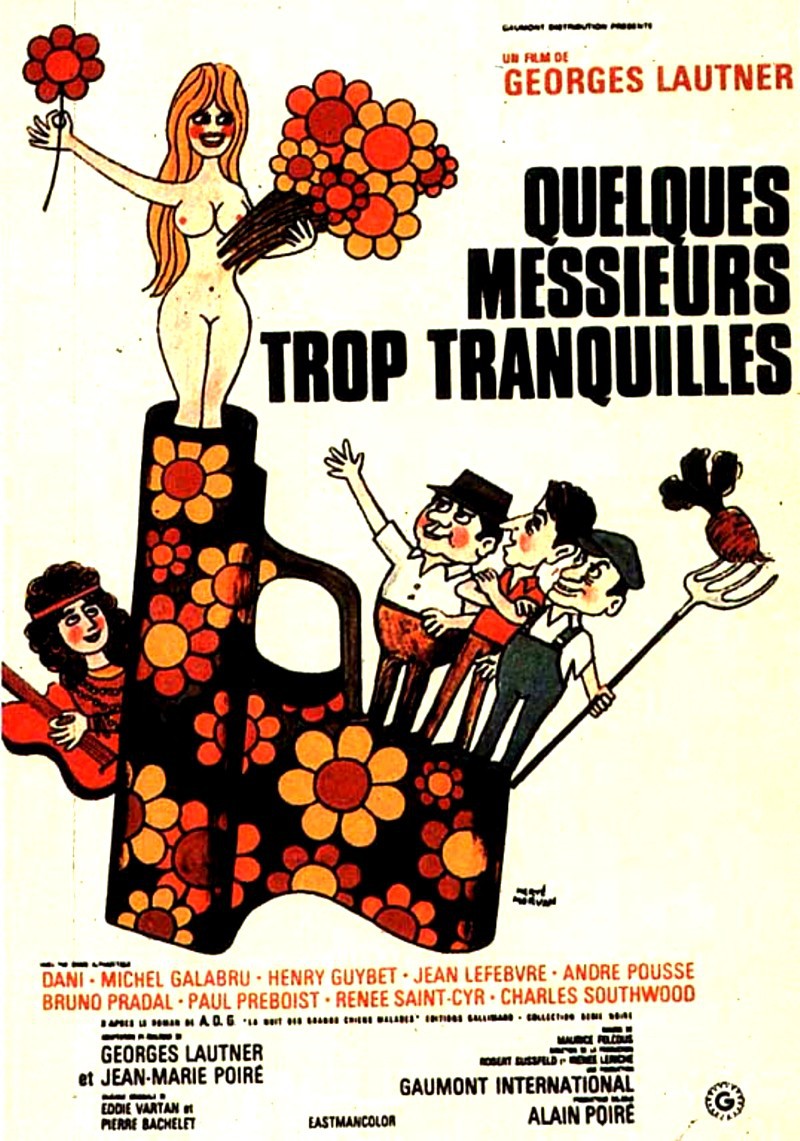 info_outline
You are here: Home / Regions / Occitany / 46-Lot / Some gentlemen too quiet

Some gentlemen too quiet

The shooting of this film by Georges Lautner took place in the real village of Loubressac, in the Lot department.
The castle of the Countess is the castle of Belcastel, located 30 km from Loubressac in the commune of Lacave.
The springboard level crossing which makes the DS piloted by Henri Cogan take off is located in Floirac. It is at the intersection of the Brive-la-Gaillarde to Toulouse-Matabiau line, via Capdenac and the D43.
The pond where the gangsters' DS lands at the end of the chase is located in the commune of Couzou.
The final scene of the film takes place in the Caves of Cougnac.

The Story
The small village of Loubressac lives in peace and quiet and hopes to see the arrival of tourists. One day, a band of young hippies disembark and settle on the countess's land. A murder is committed in the village and all suspicions are focused on the hippies. When he gets out of prison, Gerard, who has learned that the hippies are on his estate, tries to chase them away...

Martel, the city with 7 towers