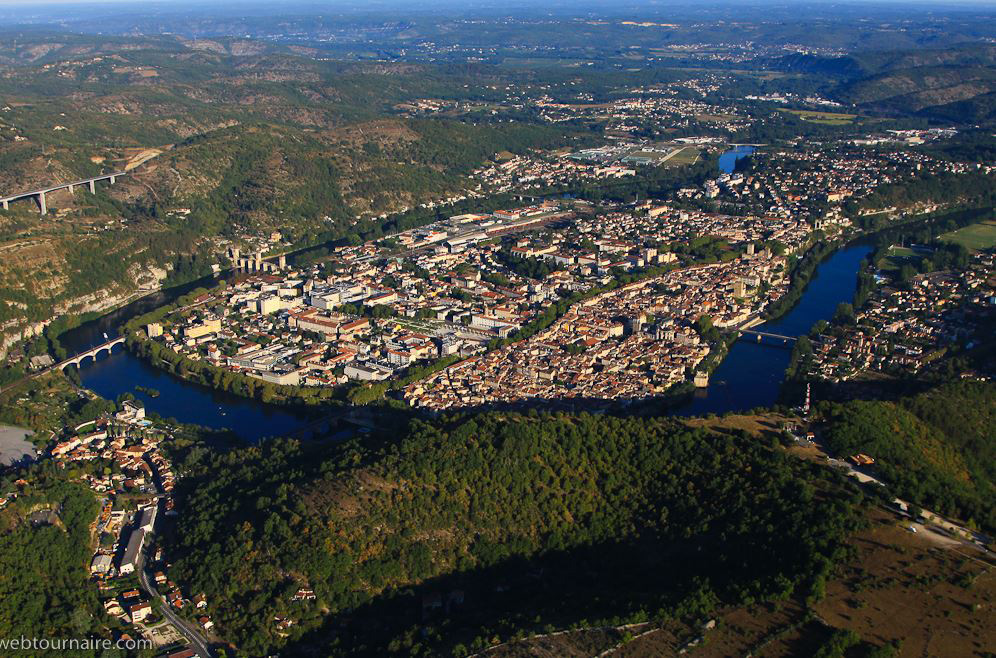 info_outline
You are here: Home / Regions / Occitany / 46-Lot / Cahors, capital of the land of wonders

Cahors, capital of the land of wonders

Cahors, a city with a flourishing past, as witnessed by the famous Valentré Bridge, a fortified structure with three towers, listed as a World Heritage Site by U.N.E.S.C.O. as part of the pilgrimage route to Santiago de Compostela.
Cahors is an undisputed capital of taste and good living: black wine, truffles, foie gras and so many other Quercy products are to be discovered here.

A very rich heritage to discover...
One of the great interests of Cahors is its old part which has earned it protection as one of the protected areas created by André Malraux.
In 2005 the Ministry of Culture granted Cahors the label of city of art and history.
Cahors has chosen to commit itself to the enhancement of its rich heritage: visits, conferences, workshops, educational activities, exhibitions and publications are offered throughout the year.
The Valentré Bridge is the most beautiful and best preserved fortified structure in Europe.
It is part of the network of remarkable bridges in the Southwest.
In the 14th century, three bridges crossed the Lot à Cahors, the Valentré bridge to the west, the only one that has survived and serves a new district of the city.
This emblematic building was built by consular decision in 1306 and its construction was spread out until about 1380.
The legend affirming that Satan would have brought his assistance to the construction of the Valentré Bridge
The Henri Martin Museum, painter of the country, renovated by Laurent Guillot, offers art exhibitions, Hartung or Olivier Debré, as well as other sites in town such as the Chantrerie with contemporary art exhibitions, the FLAC, Sanfourche, Patrick Moya, Didier Chamizo and Bernard Pras in 2007 or the Grenier du Chapître.
The mayor of Cahors, Jean-Marc Vayssouze-Faure, who was very keen on the cultural dimension of his city, was very proud of the acquisition by the mayor's office in spring 2012 of 16 paintings by Henri Martin.

Wine, another wealth of Cahors
One of the other treasures of Cahors and the Lot is its wine.
Emmanuel Doquoc, writer and gastronome is a great lover of it: "In the Middle Ages, when cork was unknown, wines transported in barrels could hardly stand the test of time. They all ended their journey oxidized, so prickly that they had to be cut off from the water to drink them. All except Cahors: this wine with its ink-colored robe was indeed endowed with a fabulous property. It does not age and keeps its aromas and perfumes intact.
The alchemy between a soil, a grape variety and men allows this marvel. Nowhere else than in the Lot valley has Malbec, the grape variety of Cahors wine, produced wines of such depth.
The Cahors, still black, continues to defy time.
Its liveliness and richness in tannins are the keys to its eternal youth".