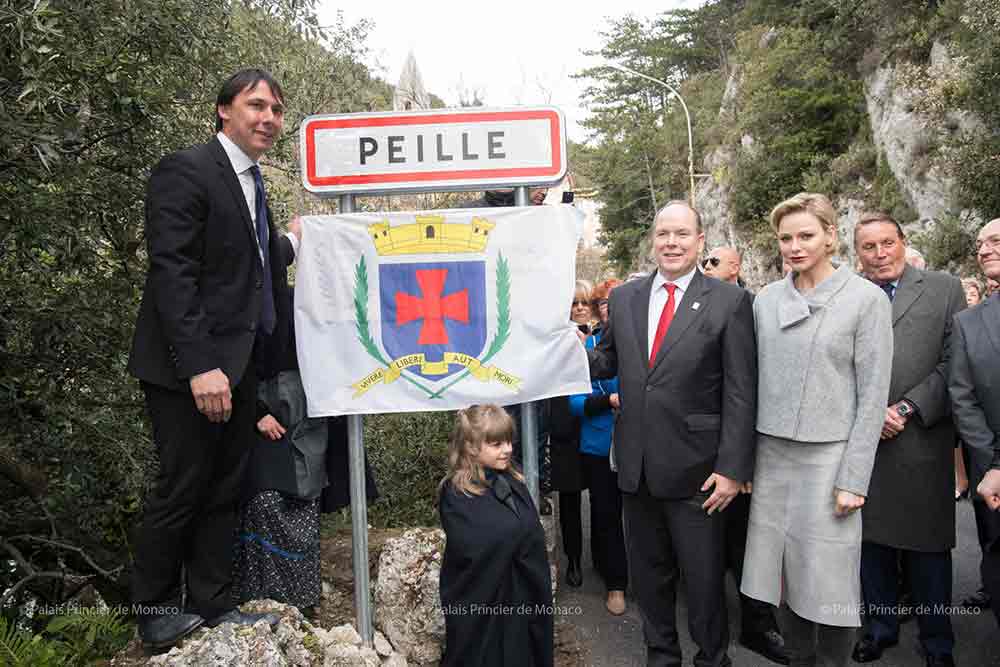 Peille, so close to Monaco

The princely family of Monaco comes here regularly and the reasons are historical.

The commune of Peille, 10 km from Monaco, dominates the Monegasque watershed by the high silhouette of Mount Agel which, from the top of its 1148 meters, has watched over and protected, since antiquity, the steep amphitheater that extends to Port Hercule.

The medieval village of Pelha or Pilia, whose existence is attested by a written document dating back to 1029, has an immense territory that descends from the Braus Pass to the sea.

In 1179, the Count of Provence forced the community of Peille, then ruled by a consulate, to cede its rights to the Rock of Monaco to the Genoese, who wanted to seize the shore of eastern Provence.

A century later, the Grimaldis in their turn settled definitively on this rock.

Economic relations did not cease for all that because the Principality, until the beginning of the 20th century, needed agricultural products from the surrounding countryside.

The cultural proximity has left vivid testimonies: the eleventh-century Church of Saint Mary of the Assumption received, in the eighteenth century, a sumptuous baroque decoration, whose altarpiece on the high altar was painted by a painter from Monaco, Antoine de Lima.

In 1989, Prince Rainier III donated the organ from the chapel of the princely palace.

The parish of Peille, although belonging to the diocese of Nice, is moreover administered by the archdiocese of Monaco. In recent times, a stele honoring the memory of Princess Grace, who so loved to come and rest in the princely estates of Rocagel and Fontbonne, on the territory of Peille, is placed in the garden surrounding the chapel of Saint-Martin.

Nowadays, the commune of Peille is not only a reminder of the Principality's origins but also an indispensable green lung, a place for sports and relaxation to allow Monegasques to rediscover, beyond a vertical and futuristic architecture, the authenticity of old medieval stones and wild nature.