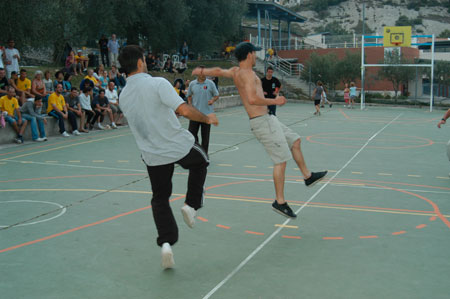 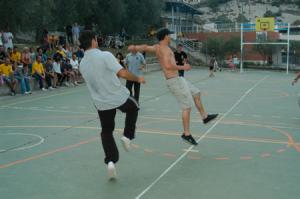 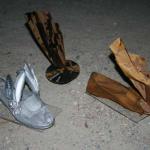 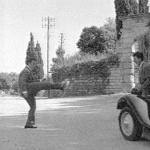 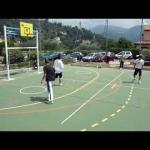 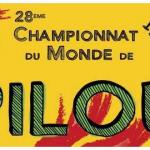 The world championships of Pilou in Coaraze

Pilou is a traditional game from Nice which is played with a coin with a hole in it, into which a paper wheel is inserted. The art of juggling with one's feet is the essential asset of this game.
Pilou seems to be the revival of the game that was played around 1000 BC in Asia.
Some people say that Pilou is practiced according to rules very strangely reminiscent of the "Tlachtli", practiced by the Aztecs.
During Marco Polo's second voyage to China in the 12th century, a Venetian sailor enjoyed the game and demonstrated it during a stopover in Nice. The game was played with a small ball with a feather plume.
Then, with the appearance in France at the beginning of the 20th century of pierced coins, a man from Nice had the idea of slipping a shuttlecock inside. To the great joy of his compatriots.
Alfred Hitchcock, in 1955, immortalized the Pilou in his film "La main au collet". The film takes place on the French Riviera and we can see two policemen exchanging the Pilou during a stakeout.
For about twenty years now, Coaraze has been hosting the Pilou World Championships which bring together teams from all over the region and even from Italy.

Little anecdote : The pilou was immortalized by Alfred Hitchcock in 1955, in his famous film "la main au collet" which takes place on the French Riviera, we can see two policemen exchanging pilou during a stakeout.

The Valley of Wonders and Fontanalba, the largest site of rock engravings in Europe