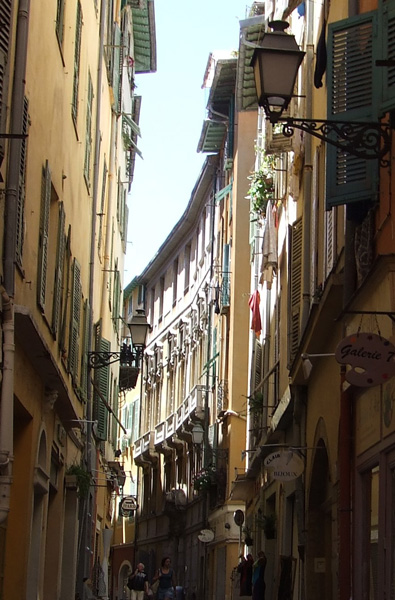 info_outline
You are here: Home / Regions / Provence Alpes Côtes d'Azur / 06-Alpes-Maritimes / The Lascaris Palace, a symbol of the history of Nice

This noble palace was built in the middle of the 17th century for the Counts Lascaris-Vintimille, nephews of the 57th Grand Master of the Order of Malta.
It remained the property of this family until the French Revolution.
Sold in 1802, it was severely damaged before being purchased by the City of Nice in 1942.
Classified as a Historic Monument in 1946, and then restored, the Palace, influenced by the Genoese Baroque style, combines 17th century embellishments and 18th century modifications to a whole.
The buildings are arranged around two small inner courtyards on which a monumental staircase opens through arched windows.
The vault of the entrance hall bears the arms of the Lascaris-Vintimille family.
On the main floor, the ceremonial apartments occupy each of the two wings of the building.
The ceilings of this suite of rooms are decorated with frescoes with mythological themes or with stucco ornaments, from the end of the 17th century.
Tapestries from Aubusson and Flanders, furniture from the 17th and 18th centuries and antique musical instruments are currently on display.
An apothecary founded in 1738 has been installed on the first floor.
The Palais Lascaris is the most important and sumptuous of the baroque civil buildings in Old Nice and the region.

The Shrine of the Miracles of Our Lady of Utelle, a beautiful story