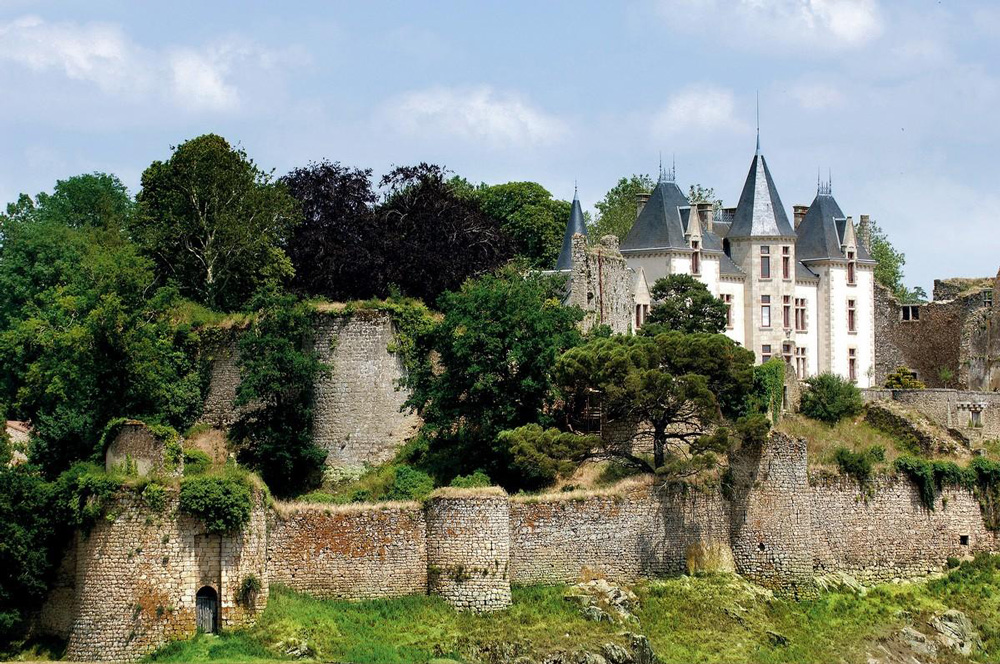 The castle of Bressuire was built in the 11th century on a rocky spur dominating the valley of the Dolo. It had up to 3 enclosures, forming an imposing defensive ensemble, the first of these enclosures having been surrounded by a garrison of 38 towers, and the third being built later.

After a great battle, in 1370, Du Guesclin liberated Bressuire from the English and according to tradition, had the Governor hanged from the battlements of the massive castle tower.

Of this feudal fortress, the remains of the main building remain today. Those which are currently visible date essentially from the end of the 12th century and the beginning of the 13th century. In the first half of the 18th century the castle was partially dismantled and a new dwelling was built around 1880, set back from the old one. The castle belonged to the Beaumont family from the 11th to the 13th century, then slowly fell into ruin before being used as a quarry in the 18th and 19th centuries.

Then the municipality bought it in 1975, some parts of the castle being classified.

Today, you have to follow the 700 m long enclosure, punctuated by 38 towers, some of which are fitted out as isolated support points, and stroll in front of the romantic ruins of the 15th century dwelling. From the esplanade, you can enjoy the view of the Saint-Cyprien Chapel and the old 19th century slaughterhouses built on the model of the farms of the Bocage Vendéen. The neo-gothic dwelling built in the 19th century hosts temporary exhibitions, a sculpture show in March and a painting show in May.

Every two years a sculpture symposium is held in the castle.