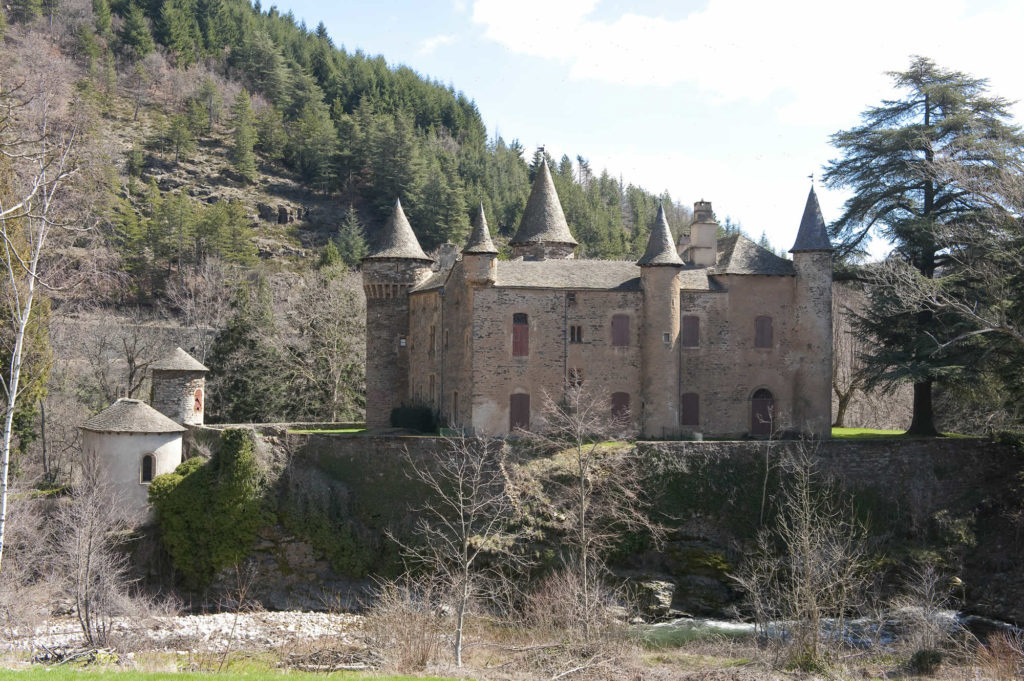 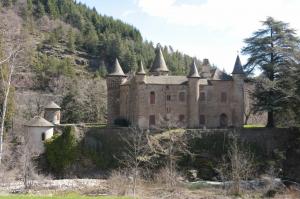 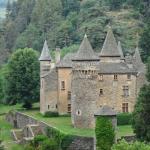 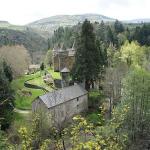 info_outline
You are here: Home / Regions / Occitany / 48-Lozère / The castle of Champ, castle to see...

The castle of Champ, castle to see...

Located in the Cévennes National Park, in the ancient province of Gévaudan, on a small rocky promontory surrounded by the river Altier, the Château du Champ is admired by visitors.

The site has been classified since 1942, the facades, the roofs and the park of the castle having been registered on the supplementary inventory of historical monuments on April 14, 1965.

It consists of a single, rather massive, three-story building, remarkable for its pepperpots covering the towers, one of which is crowned with a covered way.

A little history...
The origin of the castle goes back to the end of the XIIIth century, some people say that it would have been built on the site of a very old habitation.

The documents report that the land of Altier was undivided between the powerful lords of Randon and several younger members of the family of Altier, who shared the "castrum" of the village located on the heights of Altier and whose ruins can still be seen today. The result was that there were many points of discord between the officers of the Randon, whose lordship was dominant, and the other lords, so much so that one of them decided to withdraw and built his stronghold on land he owned, along the river on the present site of the castle of Le Champ.
The first mention of the Champ dates back to 1277, when the brothers Pierre and Gaucelin d'Altier paid homage to the lord of Randon, in which they declared the farmhouse "del campo" among other things.
It is the son of Gaucelin, Raymond d'Altier, who undertakes the construction of the new castle, which can be situated between 1288 and 1308. It was on this date that his wife wrote her last will "al cham".

Later, on August 20, 1322, Raymond d'Altier received a donation from Guillaume de Randon, lord of Le Luc, for the high justice of the newly fortified Field, and paid him tribute.
The d'Altier family would keep the Champ for three generations, the family falling in with Delphine d'Altier, heiress of the lands of the Champ, the Felgère and the Serres, two other seigneuries located in Uzège. Delphine first allied herself with her cousin Louis d'Altier, the only descendant of another branch of the family, which had remained at the castle of Grand Altier. Louis d'Altier died shortly afterwards without children, so that Delphine found herself heiress to a new estate and united all the assets of the two d'Altier lines, which had been separated since the 13th century.

Delphine d'Altier married Armand de Borne, a knight, who belonged to the diocese of Puy. The result was the creation of a new house of Altier, solidly established in the Champ for a dozen generations (until 1812).

A very eventful history that leads us to the Revolution.

During the Revolution, the towers were razed, the land and the castle were seized and sold in 1796 as national property. In 1812, the last descendant of the Borne d'Altier died without posterity after having bought the castle from his Aunt who had herself bought it from the administration so that it would always remain in the family. The estate passed to his younger cousin, Jules de Chapelain, sub-prefect of Marvejols. In the third generation of the Chapelain family, Joseph had only daughters and the estate was passed on to the Raguenet de Saint Albin (1905), Gourcy (1919), and Varin d'Ainvelle (1928) families.

In 1981, faced with the extent, urgency and cost of the work to be done, Madeleine Varin d'Ainvelle decided to create, with 17 of her nephews and nieces, an SCI with the aim of restoring and bringing to life this family and Lozerean heritage.

Since 1985, all the roofs of the castle and its towers have been rebuilt with Tournel slate. The last stage of the renovation work was the re-roofing of the castle's outbuildings during the winter of 2005/2006.

Every year the castle can be visited during the European Heritage Days.

Castle of the Field

The Château de Calberte or Château de saint-Pierre, restored by a family of enthusiasts