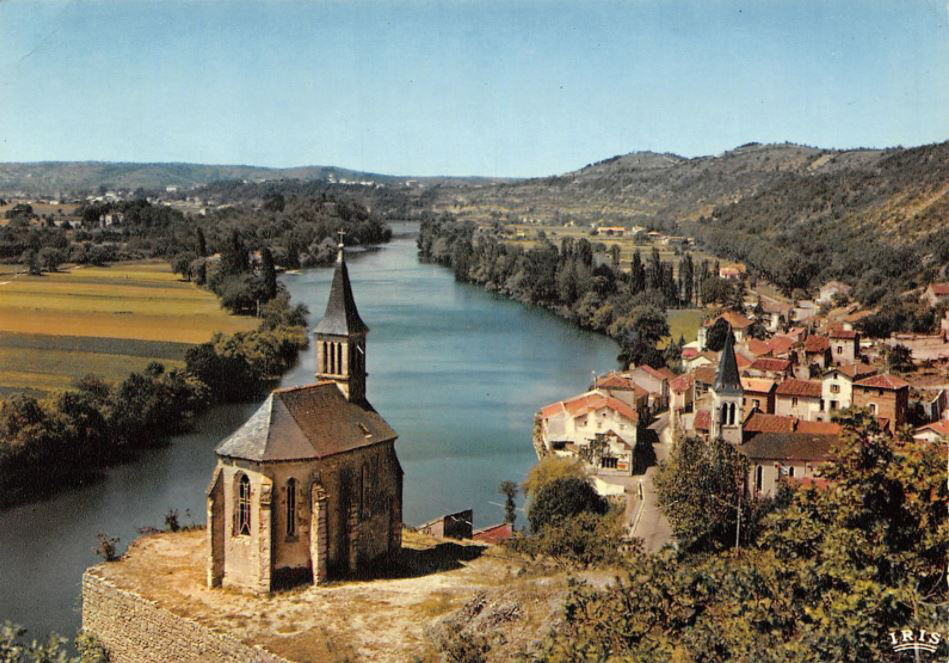 Laroque des Arcs, inhabited since Roman times, was founded in the 10th century to protect the "arches" of the Roman aqueduct bringing the water from Font Polémie to the thermal baths of Cahors.

The Roman bridge, with three rows of arches, was demolished in 1370, on the order of the consuls of Cahors to prevent the English bands from entrenching themselves there. The castle, which belonged to the de la Roque family, also destroyed in 1370, is attested as early as 1237.

At Laroque des Arcs, two sites are worth seeing, the Saint-Roch chapel and the Toll Tower.

The Saint-Roch chapel stands on a rock above the village.

Bent by steep and wooded slopes locally called Cévennes, it stands out clearly in the relief and is a focal point in the landscape. From its terrace a wide panorama opens on the valley where the Lot river flows peacefully.

The cliff fortification, which gave its name to the locality, is located further east, under the rocky overhang that now bears the Saint-Roch chapel, rebuilt at the time of the road breakthrough to replace an older oratory destroyed in 1842.

The toll tower was built in the 13th century by the powerful Gourdon family on a rocky spur locking the entrance to the medieval village of Laroque-des-Arcs.

If it is traditionally called "toll tower", in reference to a tax, perhaps levied from travelers, nothing attests to it, it is above all an old seigneurial keep.

The tower dominates the right bank of the Lot, at the eastern end of the village of Laroque (former Rupis Arcum).

This tower was registered as a historical monument on April 23rd, 1979.

Brengues, a small but interesting village