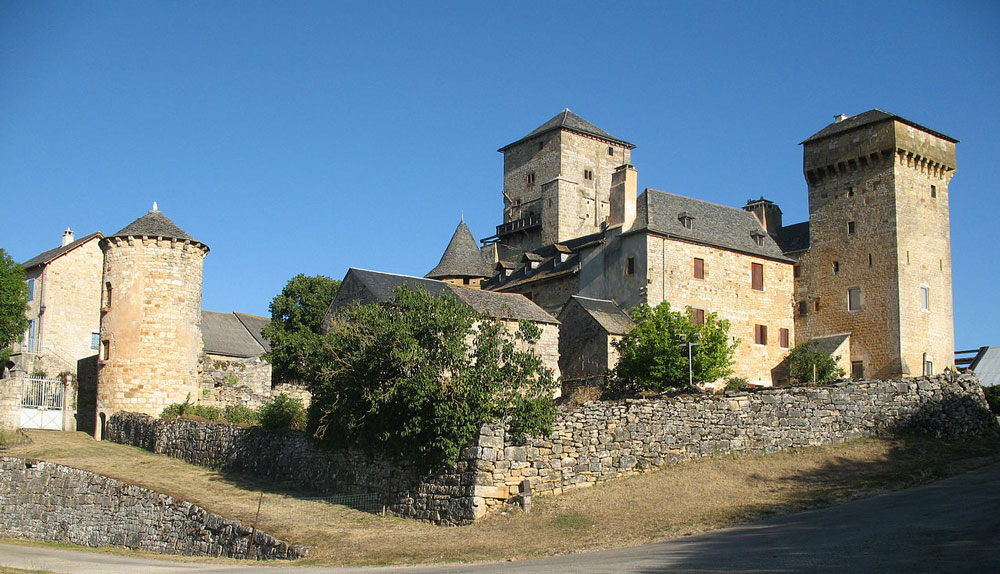 info_outline
You are here: Home / Regions / Occitany / 12-Aveyron / The Château de Galinières, a fortified "barn" classified as a Historic Monument.

The Château de Galinières, a fortified "barn" classified as a Historic Monument.

Originally Galinières was a barn dependent on the Abbey of Bonneval, built up from donations from noble families of the region and the bishops of Rodez between 1163 and 1181.

The barn does not appear in a deed of 1162 listing six barns belonging to the Abbey of Bonneval, but the name of the place appears in 1163 in a confirmation charter from the Bishop of Rodez for the tithes owned by the abbey.

In 1168, the bishop of Rodez Hugues gave land and confirmed a donation of tithes that he had "in territorio grangie de Gallinerias".

This is the first mention of the barn.

The abbot appoints the barn master who is at the head of a team of conversers.

This agricultural estate soon became the most important of the 15 barns owned by the abbey.

In 1184, a bull from Pope Luce III announces that he takes the barn under his protection.

In 1168 Bishop Hugues de Rodez, brother of the Count of Rodez, donated seven farmhouses located in the Galinières region, near Pierrefiche, including those of Versièges and Pérols.

The building is a 14th and 15th century building, a beautiful example of military architecture that reproduces three times the model of the seigneurial castle of the Middle Ages, with hall and tower.

The starting point of the construction was the Hundred Years' War.

The third, parallel to the first, dates from the 16th century.

The round tower, which protects the staircase, has only a symbolic function here.

These three ensembles are almost unchanged since their origin.

Galinières played an important role at the time of the Wars of Religion, as the place seemed safe enough for the Rouergue States to meet there in 1576 and decide on a one-month truce with the Protestants in the south of the Rouergue.

At the Revolution, the estate was nationalized as an ecclesiastical property, and brought the state a record sum for Aveyron.

The monastic barn of Les Galinières has a keep (tower-attic) built from 1371 (on the second floor is the room known as the Abbot's room with a painted decoration of vine shoots).

Like all establishments of this type, the monastic barn has a series of buildings and ancillary equipment related to agricultural use: land, barns, fountains, sheepfold, staff houses.

The former wood keeper's dwelling is situated in the farmyard, leaning against the former fortification and flanking the former gateway to the courtyard. It still has a pointed arched door, a Gothic window and a window with seats.

In 1928, a fire destroyed part of the buildings. The oldest buildings were listed in the Supplementary Inventory on February 13, 1928.

In 1982, part of the property as well as the dungeon of the castle is bought by Annie and Yves-Olivier Denoual, who undertake major restorations.

The Baldit family owns the main building and part of the castle but also the chapel.

A restoration campaign on the main tower and the ruined part of the dwelling between 1994 and 2001 is undertaken.

The keep is the subject of a classification as a historic monument since February 26, 1988.

Finally, the complex comprising the former wood keeper's dwelling, the former sheepfold which was the property of the Baldit family and the threshing floor has been listed as a historic monument since 26 May 1999.