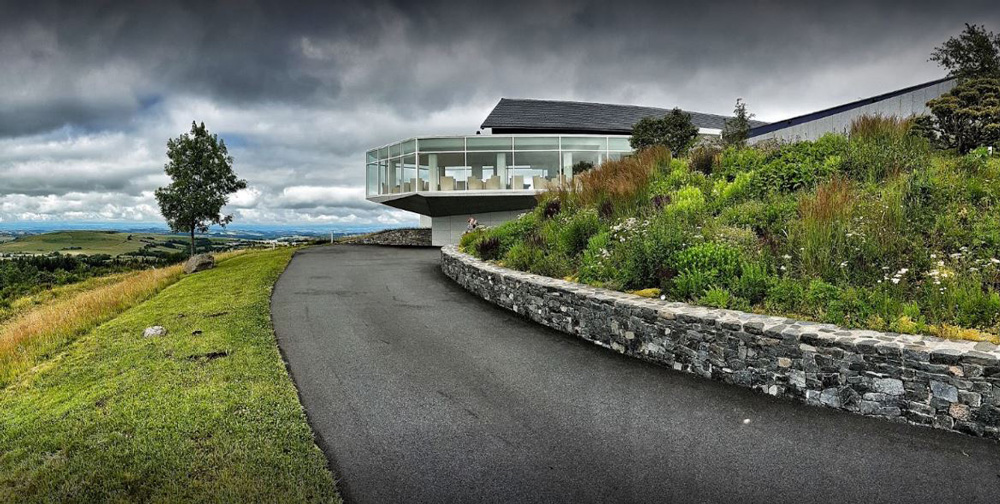 Cooking is a family story at Les Bras, which is told over three generations already. Three chapters written by Mémé Bras, Michel and now Sébastien.

A mother who "was good", offering "tasty home cooking" according to her son, Michel. An early initiation for this self-taught, very early to the ovens to help his mother.

A necessity at the beginning, which later became the guiding thread of a life for Michel Bras, guided as much by his sense of contemplation as by his endless desire to experiment.

With his wife Ginette, he took over his mother's restaurant in Laguiole in 1968, thus charting his own path towards a cuisine that is pure, audacious, sincere, turned towards nature and the Aubrac, with a desire to bring a contemporary expression to the table.

In 1992, he created the restaurant Le Suquet at the top of a hill overlooking Laguiole.

For Sébastien, the eldest, who is now in the kitchen, this has always been a given.

The kitchen is what brings people together, the quintessence of a country that the Bras family wants to tell and share.

Furniture and objects must accompany it, carry it, give it its place.

The armchairs of the dining room, in comfortable leather, reveal themselves in their back by a small discreet slit, which could be that of an elegant skirt.

The thick table tops seem to float. The knives, the contemporary purity of the "capuchadous" of the peasants of Aveyron, welcome the guests in subtle paper cases.

Bread awaits its guests on a thick board, sheltered by a single thick white sheet, reconciling beauty and simplicity.

Sébastien and Véronique Bras share and cultivate at Le Suquet the same values as those that preceded them, carried by the "Bras spirit", where Aubrac is a land of inspiration, nature the source of creation, where respect for men and women is the focus of everyday attention, and the family, the cement of this beautiful adventure that crosses time.

From the restaurant, the eye is drawn to the landscape unveiled by large bay windows.

Then, we discover the details of an interior that says a lot about its guests and the care taken to receive with the utmost attention.

The whole of Le Suquet is based on the principle of landscape discovery. It also pays homage to the tryptic light, vegetal and mineral. And the hotel is no exception.

All the rooms are open to the outside through large bay windows to better embrace nature. Flowers surround the Suquet with their colors and scents.

Just an idea: the potato wafer

"A trip to Peru opened my eyes to the unimaginable multitude of potato varieties that exist. To extend my trip, I decided to make a dessert from the famous tuber," recalls Sébastien Bras.

After abandoning the idea of growing the exotic varieties brought back from the Andes, which have never tasted the Aveyron, Sébastien decided that it would only be in the kitchen that the challenge would take shape.

The shape is that of a corrugated tile, obtained by a slow confiscation of thin layers of potatoes, cooked delicately on a gutter mold, made by his grandfather, always ready to tame the metal. A hazelnut butter cream of incomparable finesse, underlined by a salted butter caramel, completes this dessert, which has now become a full and untidy signature of the House.