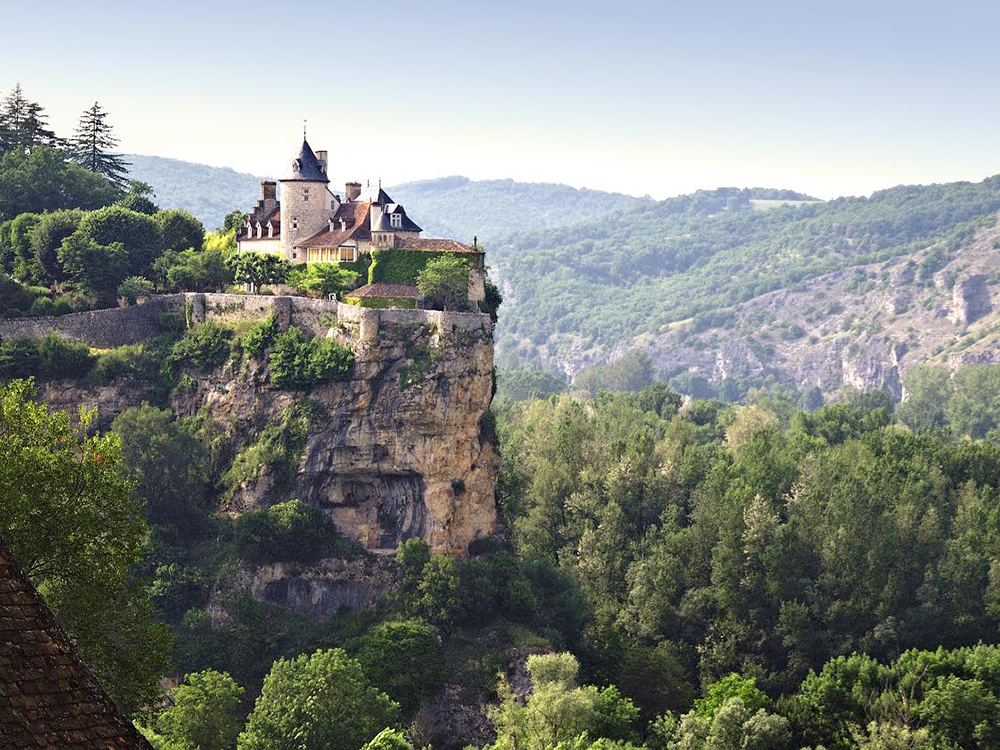 At the confluence of the Dordogne and the Ouysse rivers, at an altitude of 150 m, the castle overlooks a cliff about 55 metres above the rivers.

It can be reached from the RD 43. but it is a private property that cannot be visited.

In 1935, according to François Deshoulières: "The castle of Belcastel includes an isolated square tower which has hardly preserved a keep that the name, a long dwelling where a round tower remains engaged, traces of an old enclosure, finally a chapel which dates back only to the fourteenth century and was restored in the sixteenth. »

Built by Adhémar de Turenne, Viscount of the Ladders (898-941), the castle was mentioned in his will in 930 under the name "Castrum etiam bellum", "Castle still beautiful".

The chapel is mentioned in a charter of 1154, but was rebuilt from the 14th century onwards, and is a few metres from the castle, on the edge of the cliff.

The castle is surrounded by an enclosure on the cliff side, and, according to Armand Viré, a deep ditch, now filled in, protected it on the west side.

If the caves of Lacave are famous, archaeological deposits of various importance are numerous in the area.

A deposit was discovered in April 1988 on an alluvial terrace on the banks of the Ouysse river, directly above the castle.

Seven prehistoric levels are revealed there, some of which are particularly rich in bones and various tools dating mainly from the Middle Magdalenian.

The castle of Belcastel is a private property that cannot be visited.

It was the castle of the Countess in Georges Lautner's film "Quelques messieurs trop tranquilles" with jean Lefebvre and Michel Galabru in particular.