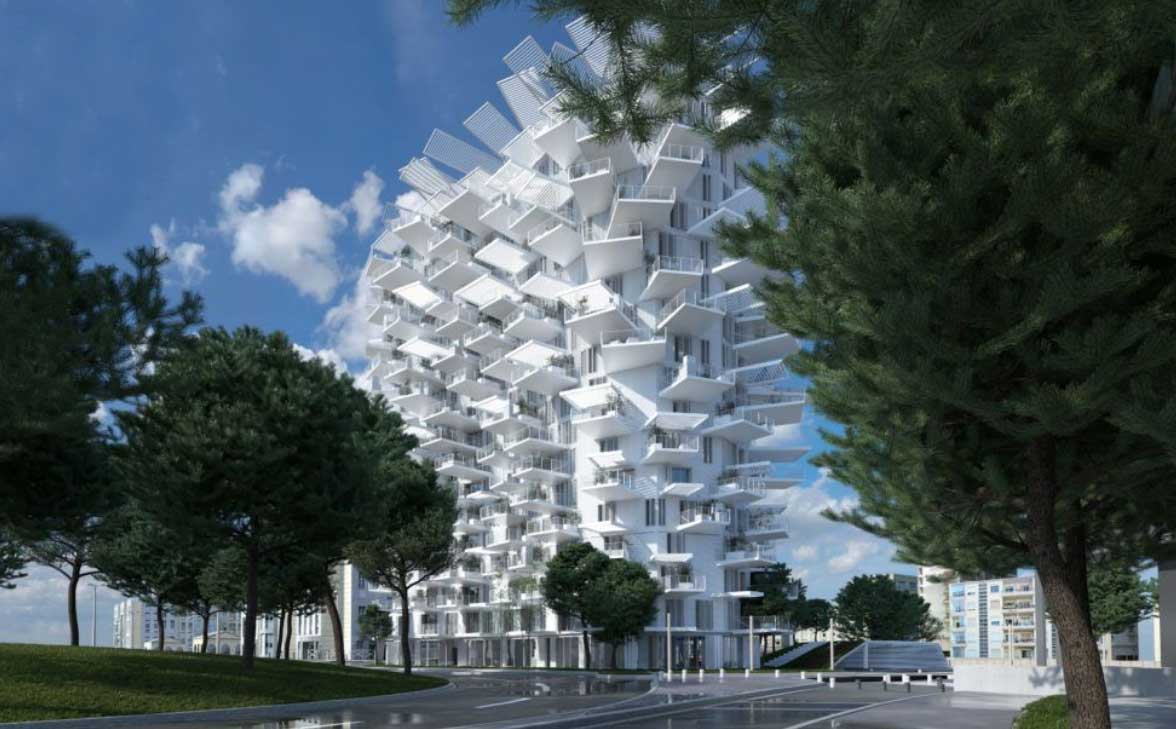 info_outline
You are here: Home / Regions / Occitany / 34-Hérault / L'Arbre Blanc, the most beautiful residential building in the world

L'Arbre Blanc, the most beautiful residential building in the world

The most beautiful residential building in the world is in Montpellier.

95,000 visitors to the site of international architects Archdaily voted the residential tower of Montpellier "the most beautiful building in the world in the category of Housing Buildings".

L'Arbre blanc was elected by the site specialized in architecture ArchDaily. This contemporary building was created last spring on the banks of the Lez.

Consecration for the architect Sou Fujimoto

Appreciated decried or even hated, the architecture of the White Tree leaves no one indifferent.

L'Arbre Blanc is above all the fruit of an encounter, an exceptional encounter, between Japan and the Mediterranean. A living symbol of contemporary Montpellier, this hybridization of cultures is also a cross between two generations of architects, a generation at the peak of its art, with the Japanese architect Sou Fujimoto, whose first project in France is here, a rising generation embodied by Nicolas Laisné and Manal Rachdi, the new guard of French architecture.

Other players involved in this singular adventure are the quartet of developers Groupe Promeo, Evolis Promotion, Crédit Agricole Languedoc Immobilier and Opalia, who guarantee the successful implementation of an emblematic project for the entire region.

Lighthouse of the city

The Tower is intended to be a high point in the city, like the immemorial Mount Fuji rising into the southern sky, confused in the collective imagination with its cherry blossoms.

An urban landmark which, at nightfall, will become a lighthouse or star in the "skyline" of the regional metropolis.

A unique point of view on the territory, offered to all inhabitants and visitors of the city.

After the Antigone district designed by Ricardo Bofill, a neo-classical icon of Montpellier in the 20th century who paid tribute to his Greco-Roman roots, a new tree is planted on the other side of the Lez.

This astonishing 17-storey building has spiky balconies positioned towards the void, including a panoramic bar-restaurant at the top.

Today the Montpellier Tourist Office offers a guided tour along the Lez every week, which ends at the foot of the 17-storey residence, which is composed of 113 apartments.

The ancient Roman Bridge of Saint-Thibéry