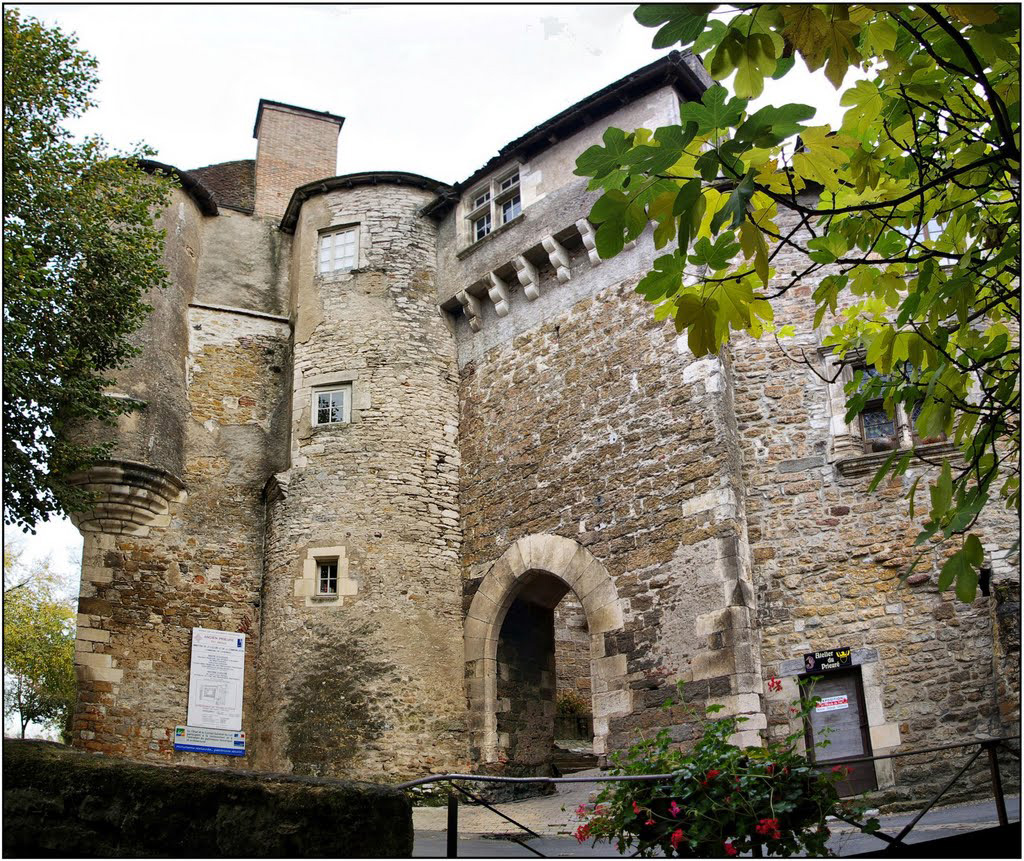 The Chateau des Doyens, residence of Fénelon... and heritage space

The Chateau des Doyens is one of the historical and patrimonial jewels of the medieval city of Carennac, classified as one of the "most beautiful villages in France".
Superb 16th century residence, all in freestone, it now houses the Heritage Area of the Art and History of the Lot Dordogne Valley.

Dean Alain de Ferrières (1529-1554) had the Château des Doyens and the chapels of the north side of the hill built to house the dean, the ecclesiastical leader at the head of the Cluniac priory of Carennac.

Part of the priory deanery of Carennac, it bears witness to the influence of the Renaissance and has some very interesting heritage features such as fireplaces, 17th century painted ceilings and murals.

The decoration of the ceiling of the great hall was executed at the request of François Salignac de la Mothe-Fénelon, bishop of Sarlat, dean of Carennac from 1630 to 1681, who wrote "Les aventures de Télémaque". He is represented in the portrait painted on the mantelpiece.

The painting of the Blessed Sacrament can date from the 18th century.

The castle was registered as a historical monument, except for the classified parts, on October 22nd 1929, the facades and roofs with the gallery overlooking the north aisle of the church, the fortified door to the west, the old fortified wall with its corner tower to the east and the painted ceiling of the large living room were classified on February 2nd 1938.

The Chateau des Doyens bears witness to the influence of the Renaissance and has some interesting heritage features such as fireplaces, 17th century painted ceilings and murals.

It houses a Dordogne Valley Interpretation Centre in its Lotois itinerary, a model evoking the Dordogne Valley from Biards to Souillac. The other rooms are devoted to heritage, geology, fauna and flora, art history and navigation, prehistory with 3D projection.

Inside, the rooms and gallery are organized on four levels around a wide Italian-style staircase.

The first floor welcomes in the first room a landscape and patrimonial presentation of the Dordogne valley of the Lot.

The second floor houses the castle's ceremonial room, decorated with a French-style ceiling that was painted in the first half of the 17th century. You will discover medallions and playlets, allegorical figures, bouquets of flowers, fruit baskets, cabochons and gems, cartouches enclosing landscapes or architecture. On each beam are the coat of arms, azure with three stripes Vert, of the de Salignac de la Mothe Fénelon family who during the 17th and 18th centuries gave deans to the monastery of Carennac, including the famous François de Salignac de la Mothe Fénelon, tutor to the grandson of Louis XIV, who was dean from 1681 to 1695.

On the chimney, it is his uncle, bishop of Sarlat and dean of Carennac from 1630 to 1681, who is represented between the allegories of Justice and Law.

Leaving the ceremonial room, you go to the large gallery of the castle which gave access to the garden of the deans. This gallery rests on the chapels of the north side of the church.

On the second floor, where the rooms were located, you will notice comfort elements, fireplaces and large windows allowing light to penetrate. These rooms now house temporary exhibitions.

Castle of the Deans

Heritage Area of the Art and History of the Dordogne valley

Montcuq, for fun and more...

label Just for the fun... People from here Amazing... isn't it? cities and villages