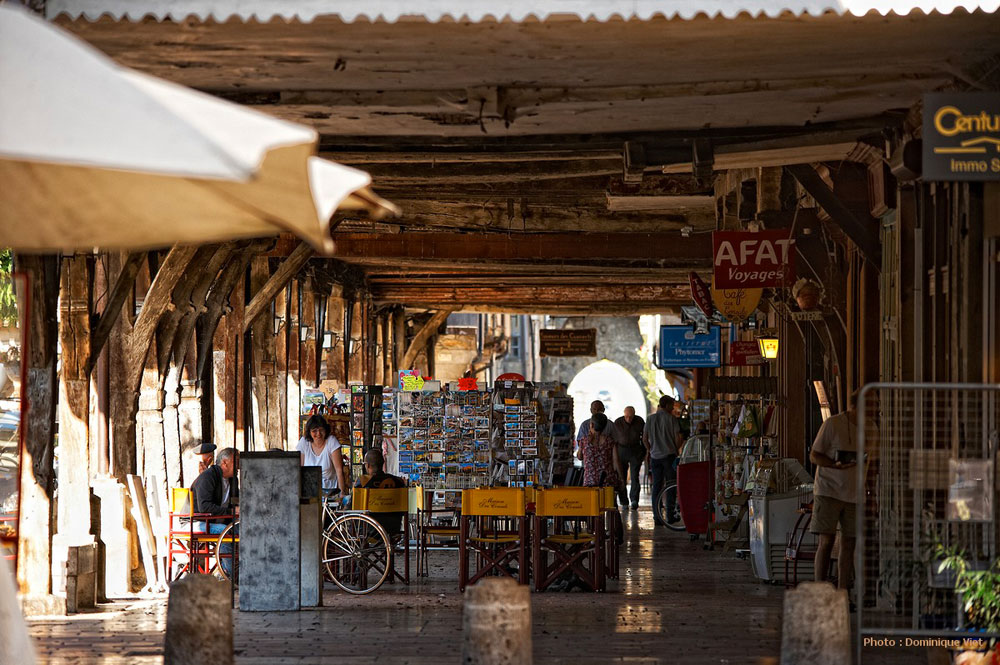 Not to be missed under any circumstances in Mirepoix, the main square.

Indeed, just a stone's throw from the old Saint-Maurice cathedral, you will discover the terraces installed under the "couverts" (cutlery) which are on the ground floor of houses, often half-timbered.

Dozens of heads and figures characteristic of medieval imagery decorate the beams. This was once the seat of the consuls, the equivalent of the town council. It wasn't until 1806 that the Town Hall took its place.

In the 12th century, the village became an important town with more than 2,000 households, just opposite the fiefdom of Raymond-Roger de Mirepoix, which also included Montségur. We are on the other bank of the river L'Hers Vif.

In 1209, the Cathar was defeated by the Crusader army led by Simon de Montfort who conquered the town. The city passed into the hands of a lord of Île-de-France, Guy de Lévis.

The town became a fortified bastide in the 14th century and a very active commercial centre at the crossroads of the roads to Toulouse, Foix and Carcassonne.

And it was precisely in order to be able to trade all year round that in the 15th century, whatever the weather, "les couverts" (cutlery) were created to protect the merchants from bad weather or high temperatures.

The bishop's palace, in the extension of the nave of the cathedral, dates from the 15th century. It was also built by Philippe de Lévis and houses the Heritage and Traditions Museum.

Every year, on the third weekend of October, Mirepoix celebrates the fruit of the country: the apple.

The wild woman: a mystery of the Pyrenees