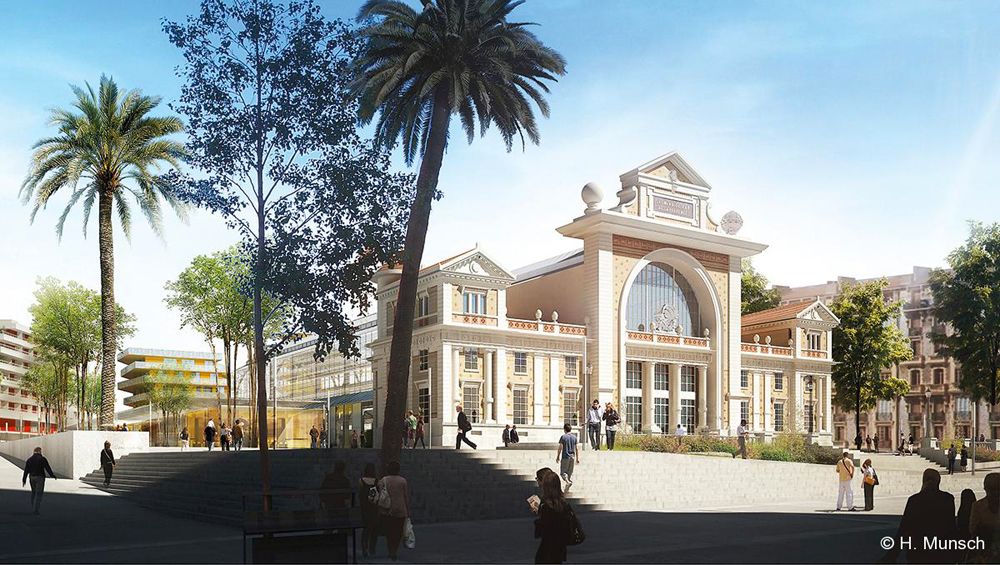 If the Perpignan train station, according to Salvador Dali, remains the centre of the world, the Nice train station has found its second life.

After many vicissitudes, the Nice station of the Chemins de fer de la Provence, which had lost its railway function since the creation of a new station, has been reconverted.

This operation, which is part of a larger real estate project, obviously, does not meet with unanimous approval.

The former South Provence Railways station was built in 1892 by the architect Prosper Bobin on behalf of the South of France Railway Company.

Restored to be converted into a public library in the name of Raoul-Mille, it was opened in January 2014.

The last act of the operation, which took place during 2017, was the reassembly of the metal hall, which had come out of the 1889 Paris Universal Exhibition.

It was the pavilion of Russia and Austria-Hungary, listed in the Supplementary Inventory of Historic Monuments in 2002, along with the building, designed by Prosper Bobin.

Each part was, when dismantled, scrupulously numbered for the replacement, in order to be treated and repainted. This dismantling was necessary to create an underground car park with 750 spaces underneath.

A small municipal celebration was held on 10 June 2017 for the inauguration. In addition to the opening of the hall to the public, this party included a children's entertainment programme, small merry-go-rounds as a reminder that this square was once a festive place, Provençal musicians, speeches and, in the evening, a ball where people in period costumes were the stars of the station square.

The vintage of the pediment helped, as did the original front sign: "Chemins de fer du sud de la France", which was found and which testified to this.