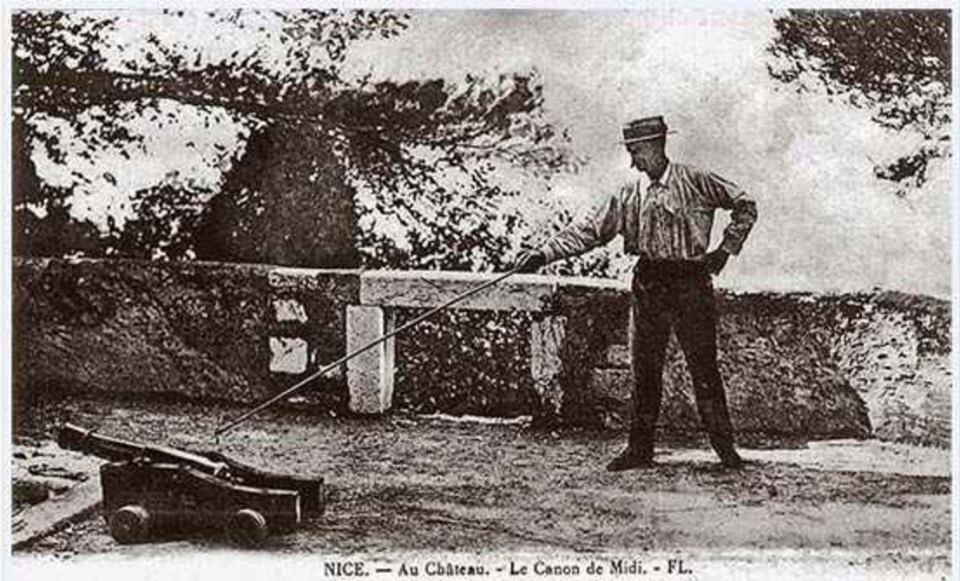 info_outline
You are here: Home / Regions / Provence Alpes Côtes d'Azur / 06-Alpes-Maritimes / Lou Canoun from Miejour or when Nice eats at the cannon shot...

Lou Canoun from Miejour or when Nice eats at the cannon shot...

Eating at gunpoint, the people of Nice owe it to Sir Thomas Coventry-More, Scottish Lord, in love with the Riviera, who came to Nice every winter from 1861 to 1866. Life was very beautiful there, except for one point. Indeed, the wife of Sir Thomas Coventry-More, very talkative, had all the trouble in the world to return on time, at noon for lunch, after her morning walk.
This former colonel of the English army then found a very original solution to get his wife home on time. He decided to fire a cannon at noon after having asked permission from the mayor of Nice, Mr. Malausséna, who took care of all the expenses.
So the famous clock was installed and resounded once a day on the lower terrace of the castle above Rauba Capeù. Each day, a colored globe was then hoisted to a mast above the Chauvin Hotel where Sir Coventry lived and fell. At this signal, a municipal employee would light the fuse of the cannon. It was noon.
Everything was going well until Sir Thomas Coventry-More left the French Riviera leaving Nice orphaned by his daily cannon fire.
The public clocks no longer gave the same time, the people of Nice were disoriented.
On November 19, 1885, a municipal decree reinstated "Lou Canoun de Miejour" and local life resumed its normal course, the cannon having been replaced by a firework bomb fired by Philippe Arnello, guardian of Nice's traditions .