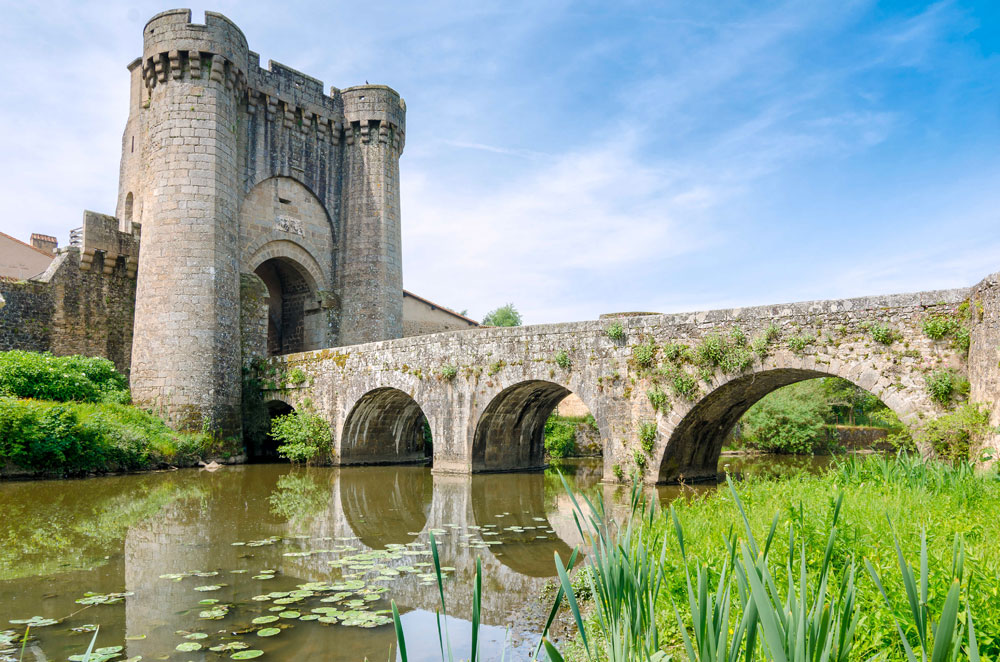 info_outline
You are here: Home / Regions / Nouvelle Aquitaine / 79-Deux-Sèvres / Parthenay, "the little Carcassonne of the West".

Parthenay, "the little Carcassonne of the West".

Nicknamed "La Petite Carcassonne de l'Ouest", Parthenay offers a superb stroll through its medieval alleys where the numerous Romanesque buildings, ramparts, fortified gates and the Saint-Jacques district with its many half-timbered houses give a singular and medieval atmosphere. Walk through its alleyways to enjoy wonderful views of the terraced gardens.

Visit also its medieval-inspired garden and take the rosary path on the banks of the Thouet river and enjoy the pretty panorama of the city it offers.

Parthenay, a city labeled "Pays d'Art et Histoire" thanks to its many architectural and historical treasures enhanced by the quality of the activities in and around the city, is nestled in the heart of the Gâtine Poitevine.

Built on a rocky spur, the city of Parthenay-Larchevêque is a land of traditions and legends.

The particularly spectacular fortifications, the winding alleys and the terraced gardens are typical of the medieval period. A stopover on the road to Santiago de Compostela, it is home to many religious buildings built during the Middle Ages, such as the Cordeliers Convent and the church of Saint-Pierre de Parthenay-le-Vieux, where the monk Aimery Picaud wrote the Pilgrim's Guide in the 12th century.

Also worth a visit is the Georges Turpin Museum to learn more about Parthenay's past.

Beyond the fortifications lies the Gâtine with its preserved bocage and its valleys from which many rivers flow. Numerous charming villages and hamlets reveal a very pretty vernacular heritage composed of washhouses, fords and water mills.

The Castle of Saint-Mesmin, a living medieval fortress

Au Petit Brasseur is on track and in the right car...