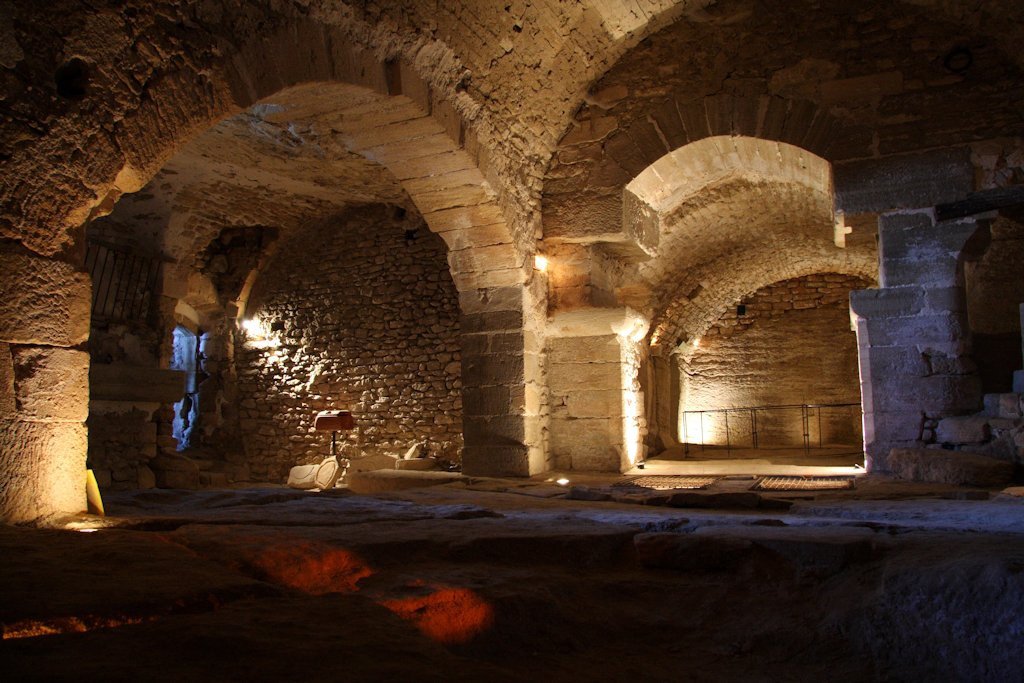 info_outline
You are here: Home / Regions / Provence Alpes Côtes d'Azur / 84-Vaucluse / The Cellars of the Palais Saint-Firmin, symbol of the secret and mysterious life of Gordes

The Cellars of the Palais Saint-Firmin, symbol of the secret and mysterious life of Gordes

Ranked among the most beautiful villages in France, Gordes is worth the detour not only for what it offers in the open air for the visitor to see but also for its underground world.

Indeed, the Caves of the Palais Saint-Firmin, a semi-troglodytic site, classified as a historical monument, allows an immersion in the heart of the hidden history of Gordes.

Both built by man and dug into the rock, the cellars house archaeological remains of the village's craft activities in the Middle Ages, olive oil mills, cisterns, silos, tanks, a magnificent bread oven ...

From imposing rooms to imposing halls, the visitor can thus discover the history and evolution of olive oil production.

A short look back in time

The village of Gordes, almost abandoned by its inhabitants during the 1950s, was rediscovered by artists in the early 1960s. In love with these old stones they undertook a long and patient restoration. After the purchase of a large Renaissance house, the Palais Saint-Firmin, in the centre of the village in 1961, clearance work prior to the restoration revealed an underground complex that proved to be immense. The four floors of this Renaissance house surmount seven levels of cellars on a difference in height of 20m. Fifty-five rooms of very different sizes have been cleared up to now.

And not everything has yet been discovered... A must see!

The rock of La Roque-Alric, a village decorated with a "Provençal crib".