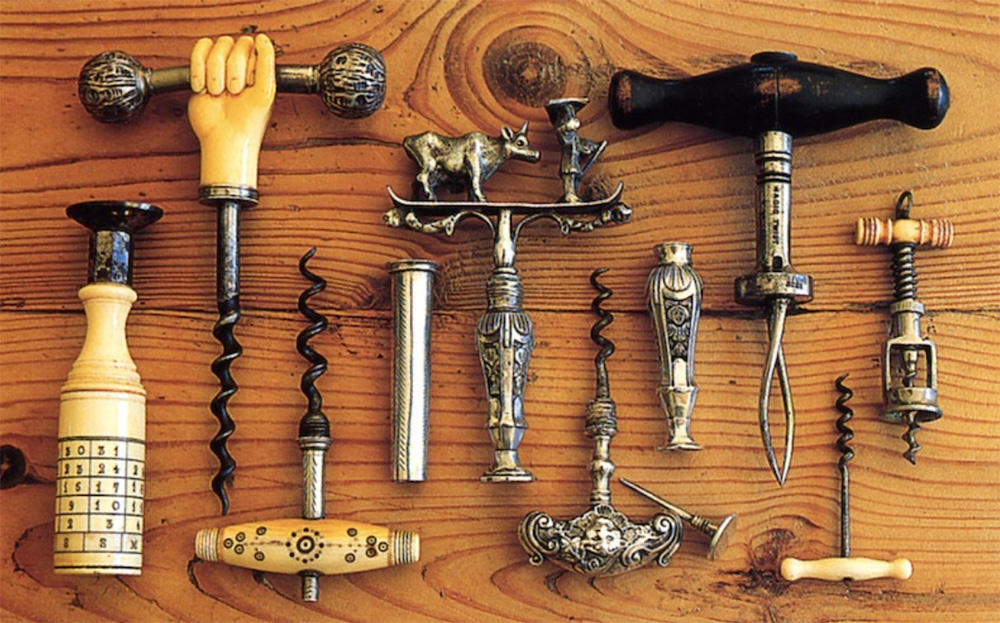 The Corkscrew Museum, unique in the world

In the heart of the vineyard of the Domaine de la Citadelle, of about forty hectares, the Museum of the Corkscrew proposes, in 52 showcases and 6 categories, more than one thousand two hundred corkscrews exposed, from the XVIIth century to nowadays and some unique pieces.
Open to the public since 1993, the Musée du Tire-Bouchon, the first major museum of its kind in the world, was created by the film producer, Yves Rousset-Rouart.

Originally, it was while strolling through the auction room at Drouot in Paris that Yves Rousset-Rouard fell by chance under the spell of an exceptional lot of 200 corkscrews which he bought.

The collection is enriched each year with new treasures.

The oldest piece is French and dates from the end of the 17th century.
But it is far from being the only one, others, more than a thousand coming from all the countries are classified by family or topic and exposed ... the first corkscrew steel forged by hand to the art object in solid gold, ivory, mother-of-pearl or silver.
Some of these corkscrews come from donations made to the museum such as the one made by Jacques Chirac for example.
Ah, by the way, did you know that the inventor of the corkscrew would be an Englishman, in the middle of the seventeenth century and that the collectors of these objects are called "pomelkophiles".

The Botanical Garden of La Citadelle in Ménerbes in Luberon is a green setting on 5 hectares, allowing the discovery of the local flora. The six restanques dating from the XVIIIᵉ century have been restored and cleaned in order to welcome: a truffle field, medicinal plants, aromatic plants, wild edible plants and magic plants.

label People from here Gastronomy [to drink] cities and villages