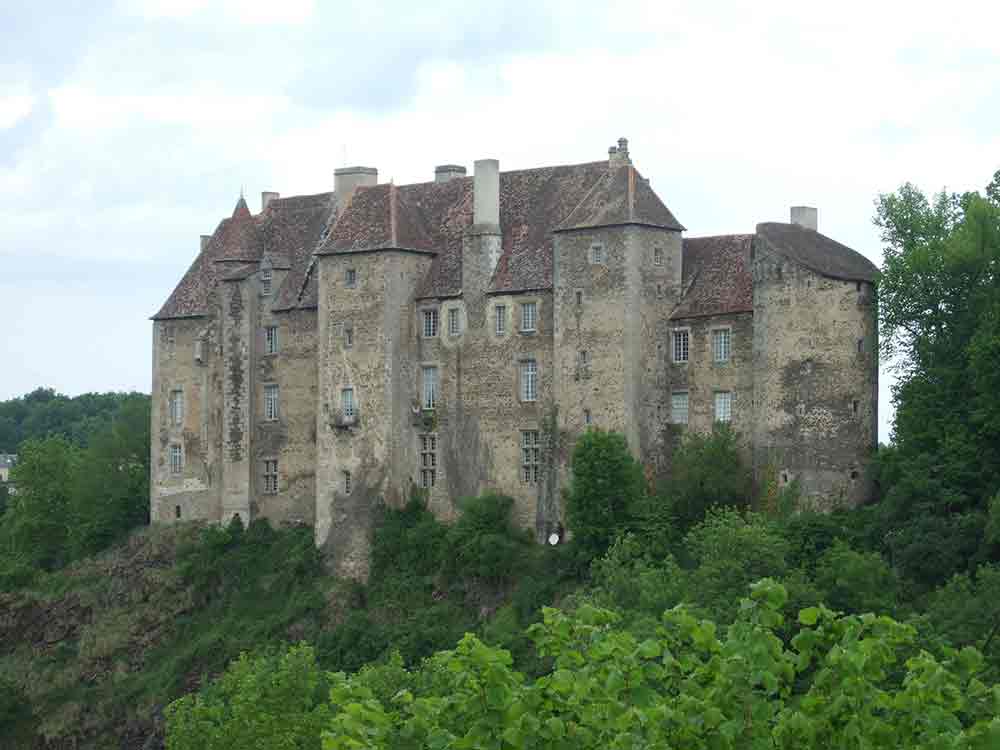 info_outline
You are here: Home / Regions / Nouvelle Aquitaine / 23-Creuse / The resurrection of the superb castle of Boussac

The resurrection of the superb castle of Boussac

Built in the 12th century on a rocky spur, the castle of Boussac has had a very eventful history.
It was first ruined during the Hundred Years War, then rebuilt, fortified, embellished. by Jean 1er de Brosse, Marshal of France, compgnon of Joan of Arc, who died ruined and excommunicated. It knew new inconveniences during the Revolution.

His grandson, Jean III, continued his work of renovation, in particular by giving the facade of honor a Renaissance aspect and by realizing external galleries which, along the facade, connected the various towers. These galleries collapsed under the weight of the guests at the wedding of the nephew of John IV of Brush in 1525, causing many victims.

Then the castle became sub-prefecture, gendarmerie, annex of the fairground where pigs were parked. It was saved from ruin in 1965 and restored in a very beautiful way by the current owners, Mr. and Mrs. Blondeau who live there today and who, moreover, bought the Saint-Jean factory in Aubusson.
George Sand lived there on several occasions, notably during the war of 1870 and wrote "Diary of a Traveller during the War" and "Jeanne".

To visit absolutely...
The castle has a beautiful collection of Aubusson tapestries, from the XVIIth century to the contemporary period.

The famous tapestries of the Lady with the Unicorn were discovered in this castle and decorated the room of the Guards until 1882. The work discovered by Prosper Mérimée in 1841 was sold in 1882 to the owner of the hotel of Cluny. The castle, on the edge of ruin in the middle of the 20th century, was saved in the 1960s and restored. In the first rooms one can thus admire tapestries of Jean Lurçat, Jean Picart and Dom Robert.
The visit of the castle, classified Historic Monument allows to appreciate on four floors monumental armorated fireplaces, tapestries, a huge kitchen with rare utensils, old woodworks, period furniture as well as original collections of canes, stoup...

During the summer season, the castle exhibits contemporary Aubusson tapestries.

The valley of the painters of Crozant

Toulx Sainte-Croix, surely the most unusual village of Creuse