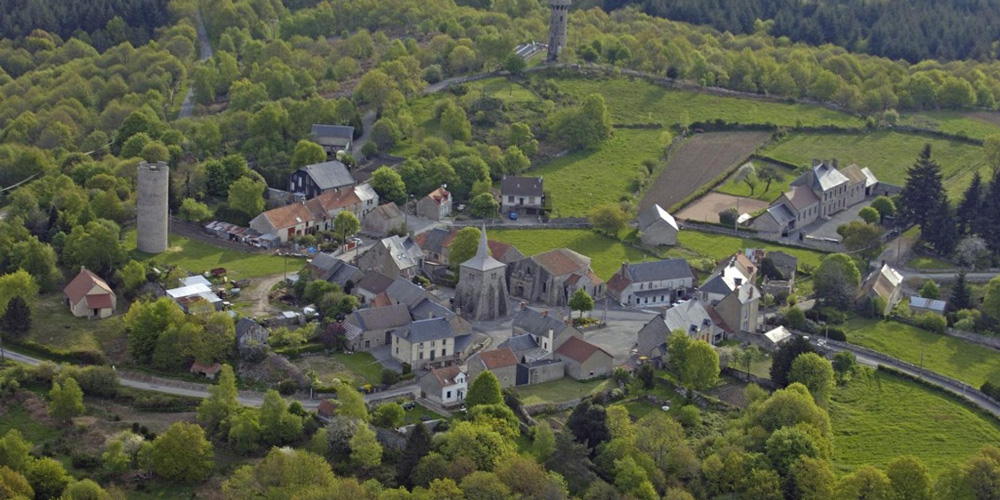 Toulx Sainte-Croix, surely the most unusual village of Creuse

Toulx Sainte-Croix is an amazing village. For three major reasons.

First of all its church is... cut in two. Indeed, its bell tower is separated from the rest of the building.

Then, Toulx Sainte-Croix offers another big surprise, one could say.

What is it about? Quite simply a lighthouse...

Of sea no trace, but of lighthouse yes,

This tower was built from 1932 by the abbot Aguillaume who had the ambition to make it an observation leu.

Today, it houses television antennas and earthquake measuring systems and remains one of the best viewpoints to admire the surroundings.

Indeed, seven departments are visible from its summit.

The third curiosity is its famous "Pierres Jaumâtres".

A sort of chaos of granite stones, some of them weighing several tons. Yet they seem to be placed in balance as if by magic.

Of course, these "Pierres Jaumâtres" had to generate myths and legends.

The most famous is that of the Giants who would have been changed into yellowish stones for having tried to enter the kingdom of the Gods.

The second one is that in these places many springs gushed out. Refuge and paradise of the fairies, the "masters", the latter had all the leisure to bathe in the streams and to dance incessant farandoles. The queen of the fairies imposed only one rule: all had to leave the place before nightfall. Despite several warnings, they disobeyed her! In her anger, the queen chased them away and struck the ground with her hammer. The shock wave dried up the springs and gave way to a stone sanctuary now called "The Yellow Stones"!

The paradise of the American bison is in Creuse

The Mad'Jacques, a crazy thing...

The valley of the painters of Crozant