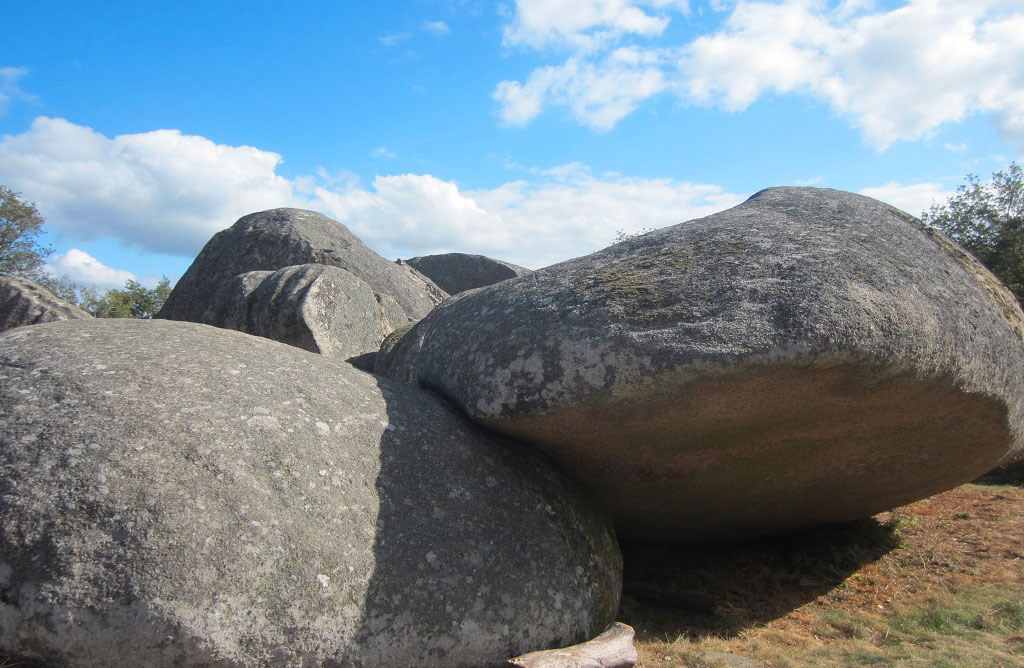 info_outline
You are here: Home / Regions / Nouvelle Aquitaine / 23-Creuse / The Legend of the Giants and the Birth of the Yellow Stones

At the top of Mont Barlot, about forty enormous granite blocks, giant pebbles emerge and stand in an astonishing balance, "Les Pierres Jaumâtres".

These "Pierres Jaumâtres" are, par excellence, a place of legends.

The altar of sacrifices, the stones of the God of Thunder and the God of War, the Rocker, the Sugar Loaf... so many blocks that raise questions.

Place of sacrifices, great altar of the druids, tables of the mother goddesses or cradle of the Devil? Uncertainty remains...

Let's go back in time

Long before the Celts and the Barbarians, a tribe of giants lived on Mount Barlot, at the present site of the Pierres Jaumâtres. On this hill, was a huge forest composed of large oaks, poplars and weeping willows, in which also lived small elves, fervent defenders of nature.

The tribe of the giants, whose only occupation was hunting and partying, paid little attention to nature and did not hesitate to plunder everything in its path. One day, their chief decided to go to see what was above the strongly to the elves who decided to call upon the gods to take revenge.

When those saw that the giants also tried to penetrate in their celestial kingdom above the clouds, taken of anger, they changed into stones the giants which tried to climb the immense ladder. The enormous rocks fell to the top of the mountain, and composed what we call today the Jumat Stones.

The name of this place would come from "Stones to the Masters", the Masters being feminine deities of Celtic origin dedicated to fertility and fecundity.

The name will then most probably have been inherited from these myths and legends.

The village of Moutier d'Ahun, one of the favorite villages of the French