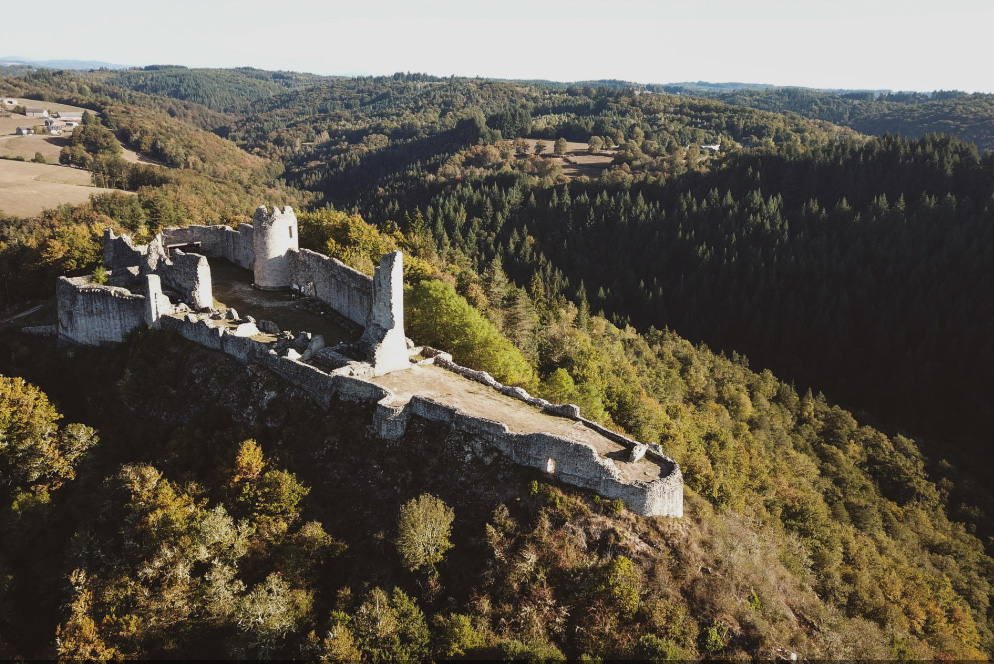 info_outline
You are here: Home / Regions / Nouvelle Aquitaine / 19-Corrèze / The castle of Ventadour, cradle of the Troubadours

Situated on a rocky spur which overlooks the Soudeillette and Vine gorges from 200m, the imposing ruins of the Château de Ventadour are perched at an altitude of 562m.
This site was born in the XIth century, in 1059, when Ebbes 1st, second son of Archambaud de Comborn became Viscount of Ventadour.
The castle commanded the viscounty of Ventadour, the cities of Ussel and Egletons and during more than one century (XIIth and XIIIth centuries), it was a home of artistic creation, one of the most important of the Occitan countries.
The troubadours used to meet at the castle to create and compare their poems. Eble II viscount of the castle of Ventadour was then considered a master in the art of the "trobar". It is in this cultivated environment that Bernard de Ventadour, one of the most famous troubadours, was initiated into the creation of poetry. Classified as a Historical Monument in 1840, he was bought in 1895 by the descendants of the Levis. The first archaeological excavations and the first restorations are carried out in the 1960s. In 1988, the family gave the castle to the commune of Moustier-Ventadour for a symbolic franc, which entrusted the restoration and management to the community of communes of Ventadour. The clearing and restoration, accompanied by archaeological excavations, are carried out between 1999 and 2013.

The oldest remains, currently preserved, date back to the end of the 12th century.

Visitors can still admire the ramparts, the round tower, the seigneurial residence and the Saint-Georges chapel.