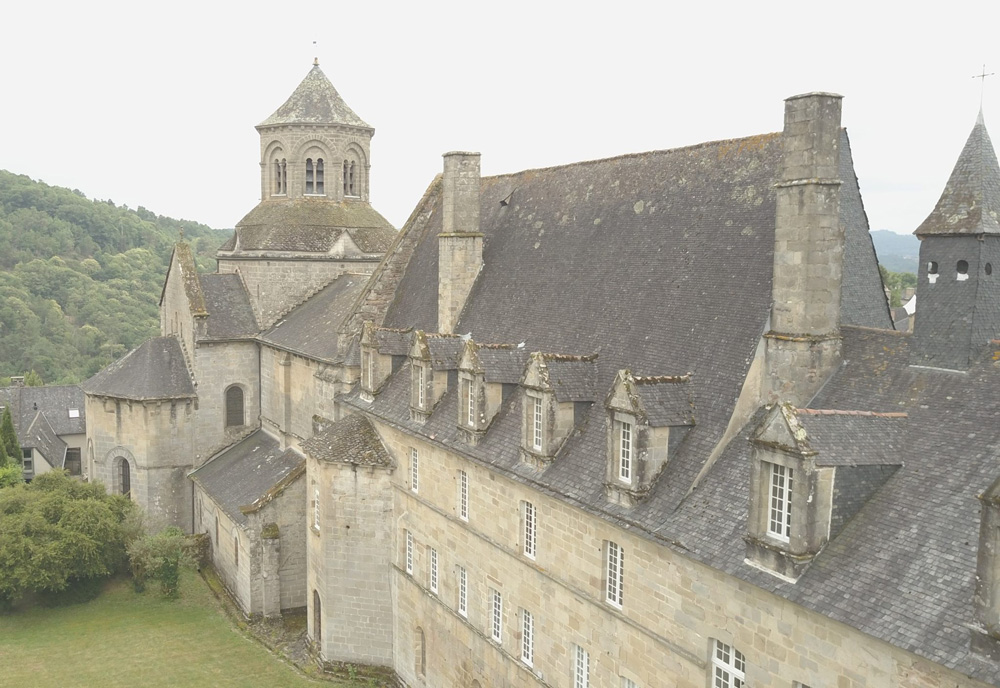 The Abbey of Aubazine, monastery « of » Coco Chanel

At the beginning of 1895, a little girl arrived with her father at the Abbey of Aubazine, in Corrèze.

Albert Chanel, having just lost his wife, deposited her here in the company of his two sisters, Julia and Antoinette, in the care of the nuns of the Congregation of the Holy Heart of Mary.

The woman who would become Coco Chanel would be forever marked by these places.

The logo, which is still that of the House of Chanel, comes from one of the stained glass windows of the Abbey.

But the history of this monastery, set on a rocky spur, is not limited to the passage of Madame Chanel.

The founder of the abbey, Etienne, retired as a hermit around 1125.

He inaugurated Aubazine's spiritual adventure, marked by the foundation of a double monastery, one for men and the other for women, and membership in the Cistercian Order.

Through the ups and downs that every institution goes through, the Cistercian adventure continues there until the French Revolution.

At the beginning of the twentieth century, the abbey, which had been home to the religious congregation of the Holy Heart of Mary for some time, also housed a famous resident in the orphanage run by the sisters, in the person of Gabrielle Chanel. During the Second World War, the sisters' orphanage will serve as a cover to shelter and save from death a number of young Jewish women and girls.

Since 1965, the abbey has been under the authority of the Greek Melkite Catholic Church, a Church of Byzantine tradition united with Rome.

Today and for many years now, the abbey has been open to visitors who come to follow a guided tour of this remarkable 12th century building.

Visit the cloister, the chapter house where the monks used to meet, their dormitory, the scriptorium, the copyists' workshop. Nothing has really changed in 800 years.

To supply water to their monastery and mills, the monks built a canal that defies the natural obstacles of the Coyroux valley, a true technical feat, unique in Europe, which extends over nearly 1500 m.

Since 2011, it offers the possibility to follow conferences and spiritual journeys, courses in calligraphy, illumination and iconography given by professionals.

The abbey also welcomes groups and church movements who wish to spend a day or live a time of retreat.