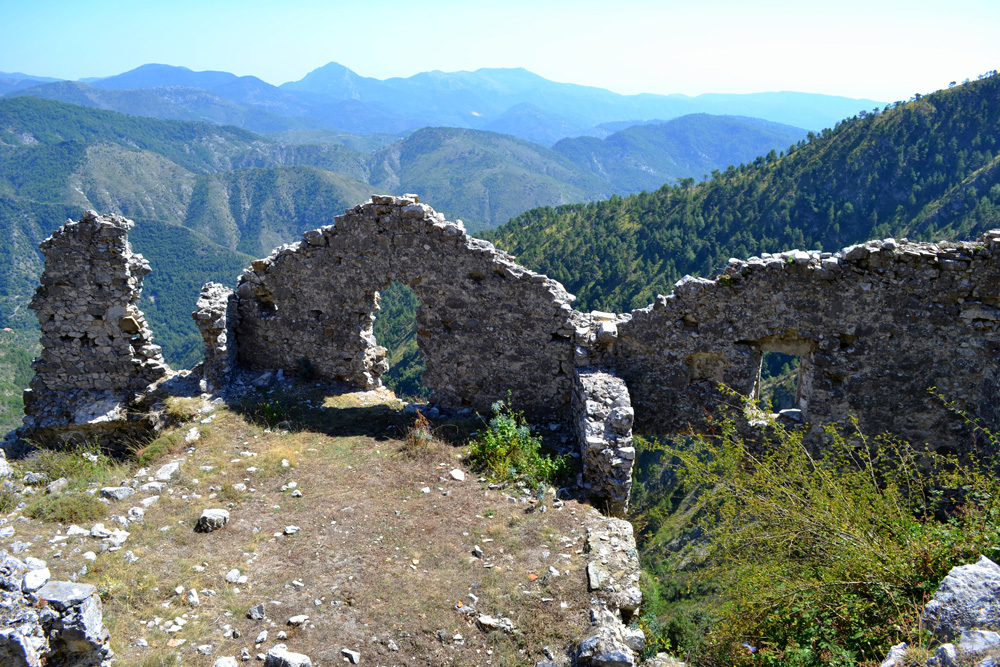 Granddaughter of Robert d'Anjou, the first of the name, Queen of Jerusalem, Naples and Sicily, Duchess of Apouille, Princess of Capua, Countess of Provence, Nice and Piedmont, Queen Joan is the "heroine" of a horrible legend.
It is said that, retreating to the castle of Rocca Sparvièra, whose walls dominated the Col Saint-Roch, the Queen, very pious, wanted to attend Christmas mass and went down to Coaraze by a path through the pines.
Along the way, a disturbing prediction resounded in her ears: "La regina coming from the mass, troverà taula messa." (The queen coming home from mass, will find table set.)
The queen, obsessed by the prophecy, left the service in a hurry, to the great emotion of the faithful who thought that the queen had the devil in her head. Taking advantage of her absence, her enemies had seized her children, killed them to roast them, and made a dish out of them...
Her appetite was whetted by fatigue and cold, and when she returned home, she made do with the meal she had prepared and ate her own children.
But, learning who she had just eaten, she fled like a madwoman and went back down to Coaraze shouting a curse against the cursed place where such an execrable crime had just been committed: "O ròca, ròca roquina, un jorn vendrà que sus li tieu cimas canterà plus ni gal ni galina, mas solets lu esparviers e other aucèus sarvatgiers! "(Bloody rock, a day will come when on your summits, neither rooster nor hen will crow any more, only hawks and other wild birds)!
Well, this is the legend. The truth is that Jeanne had no children from her first three husbands and never came to the valley.
The curse remains... Rocca Sparvièra withered little by little, was destroyed by an earthquake in the 19th century and then deserted by its inhabitants... The hawks remain...
Amazing, no ...

Belmondo, "Cop or thug" on the Riviera