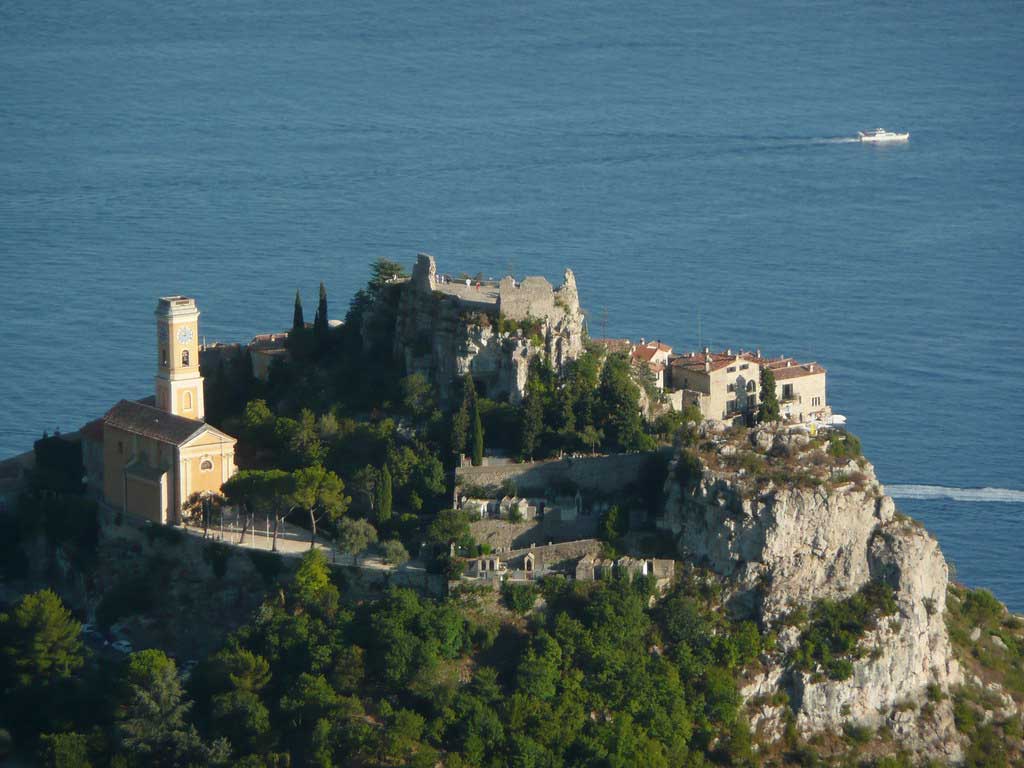 The ruins of the Château d'Eze

The ruins at the top of the exotic garden of Eze are a reminder that the history of the castle is intimately linked to that of the village. Object of covetousness, the populations have succeeded one another there since the Iron Age. A history that can be summarized in a few stages.

As early as the Iron Age, around 220 BC, the local population took shelter on the rock of Eze. A few fragments of walls built in cyclopean style in the village bear witness to this early occupation.

The Ezasques built their dwellings under this fortress away from the access road. The castle was built in the second part of the 12th century by the Eze family. To guard it, the Counts of Provence and then the Dukes of Savoy relied on valorous and experienced officers called "the Castellans".

The latter were appointed for one year. They swore an oath to maintain it and prevent it from being taken by the enemy.

In 1706, during the War of the Spanish Succession, Louis XIV ordered the destruction of the castle on the recommendations of the Minister of War: "Sir, the king having seen what you miss of the situation of the castle of Eze, which belongs to the Duke of Savoy, and is precisely on the way from Villefranche to Monaco and that he could interrupt this communication, S.M., who has nothing to spare with this prince, has ordered me to let you know that she wishes you to have this castle razed to the ground, so that this communication can be maintained ".

During the Belle Epoque, the ruins of the castle were visited by the first tourists who came to enjoy it.