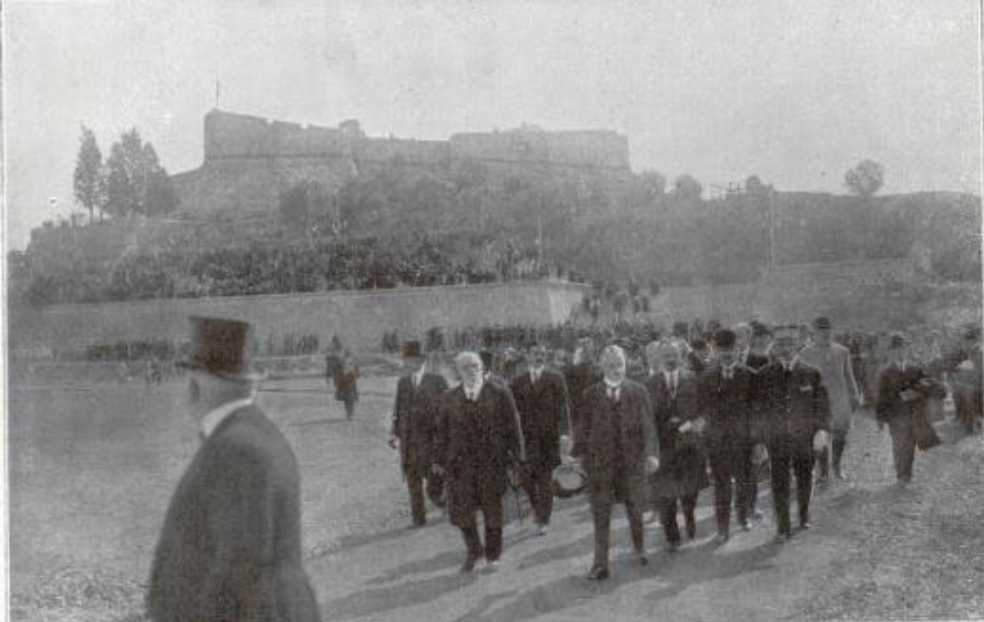 When we know "les écarts" by Paul Deschanel, President of the French Republic, from February 18 to September 21, 1920.

Among the "exploits" of the President, in Nice it was necessary to note that he reread the same speech twice.

It should be remembered that on May 23, 1920, during a trip to Montbrison, in the Loire, shortly after the train's departure, the President of the Republic locked himself in his compartment while asking his private secretary not to be disturbed before 7 a.m.

During the night, perhaps under the effect of heat and medication, he opened the window of his compartment, bent down and fell off the train in the middle of the night, at kilometre 110, between the Lorcy-Corbeilles and Minières-Gondreville stations.

The train was travelling at very slow speed on this portion of track and had only a few scratches.

It is a railroader who sees a wandering man claiming to be the President of the Republic.

The railroader thinks he is an injured passenger, may be drunk and takes him to the gate guard for treatment.

It will be necessary that the gendarmes of Corbeilles move to formally identify him.

The other story takes place in Nice...

During a banquet served in the hall of the casino in Nice, when the time came to respond to the speeches, Deschanel walks around the head table set up on a platform, stops in front of the public and speaks with a theatrical attitude.

Obviously part of the speech expresses all the good that he thinks of Nice and the people of Nice.

A thunderous applause greets the speech.

Exhilarated, no doubt by this triumph, the President will reread this ode twice, word for word, to the people of Nice and to the city that welcomes him.

The truth would be this: very moved by the applause he received, Paul Deschanel did not put aside the page he had just read and therefore repeated it in extenso.

Paul Deschanel will have presided over France for 261 days and will be back to "normal" when he gets his senatorial seat back.

Is it power that drives you crazy?