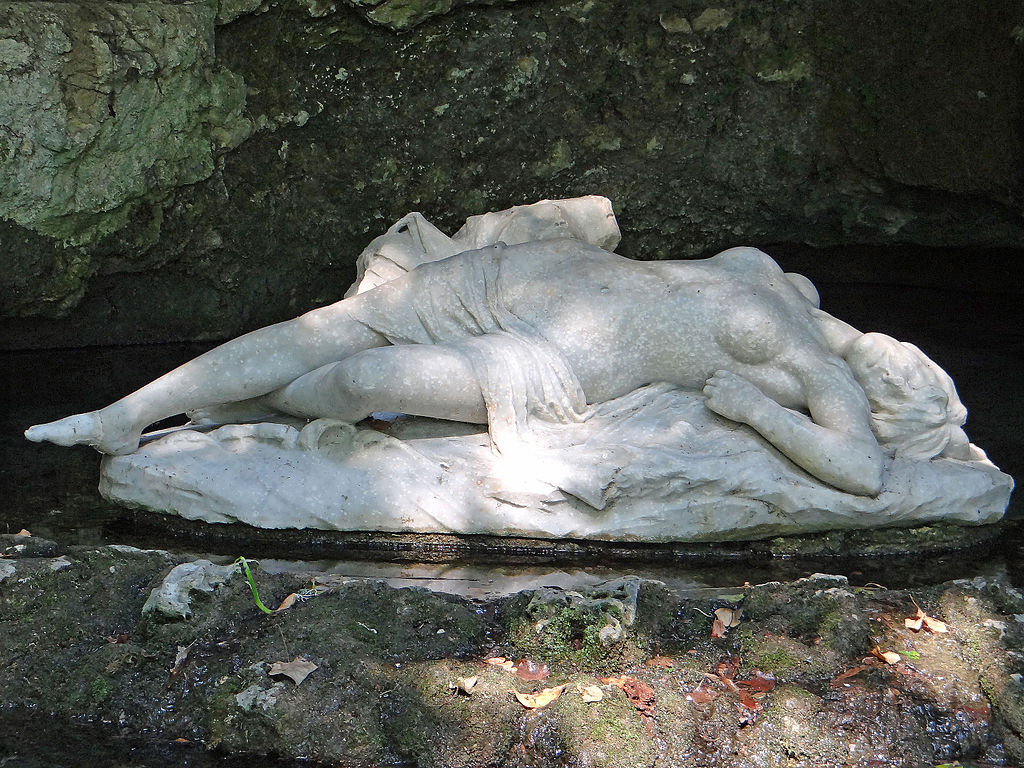 The expression "conter fleurette" has nowadays become part of everyday language without its origin often being known.
Legend has it that the Good King Henri IV, Henriot at the time, barely fifteen years old, some even say twelve years old, courted the daughter of the gardener of the castle of Nerac as intensely as briefly, when King Charles IX came to the court of Navarre.
This young girl was called Fleurette...
When the King left Fleurette, as it is said of his tutor, Fleurette conceived such sorrow that she drowned in despair in Baïse.

In reality, Fleurette de Nérac died much later, in 1592.

From this legend was born the expression "conter fleurette", which was then passed across the Channel in the form of "flirting" and then francized again by flirting.
The legend also wants that Fleurette was, of all the mistresses of Henri IV the only one who loved him sincerely, the only one who remained faithful to him...
There remains today of this beautiful story a statue of Fleurette realized by Daniel Campagnac in 1896 in a cave of the park of the Garenne and a plate where one can read: "Fleurette Barely they had seen each other that they loved each other with love. She was sixteen years old; he was three years older. Ravie Fleurette gave her whole life to this love. Henri, Prince of Albret gave him only one day".

The Stelsia, the astonishing castle of Mr. GIFI