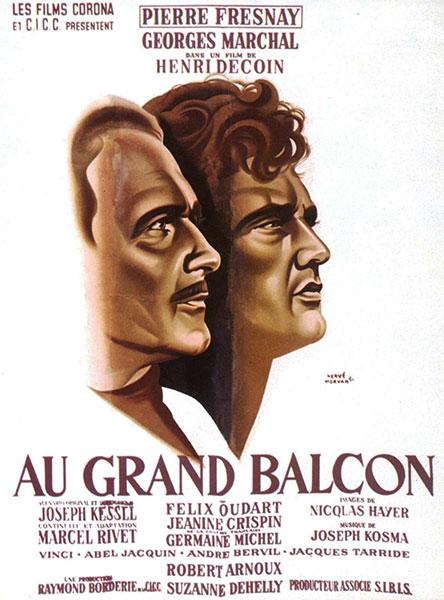 Directed by Henri Decoin on a screenplay by Joseph Kessel, the film "Le Grand Balcon" was shot in Toulouse in 1949.
With Pierre Fresnay, Georges Marchal.
All the pioneers of l'Aéropostale, Mermoz, Saint Exupéry, Guillaumet had chosen to live in the Hôtel du Grand Balcon which overlooks the Place du Capitole.
From there they left to reach the Montaudran aerodrome from where they took off for Spain, Morocco, Senegal and South America.
The Hotel, recently restored, has kept Saint-Exupéry's room intact and offers the charm of the 1930s in a mythical setting.

In the 1920s, in Toulouse, the boarding house of the Fusain ladies, "Au grand balcon", was the headquarters of the young pilots working on the development of airmail links, under the orders of Carbot.
The latter lived only for "the line" and imposed strict discipline on his men. He cares little - at least on the surface - for lives sacrificed to his ideal. Jean Fabien, a hero of the 1914 war, stands up to Carbot and constantly clashes with him...