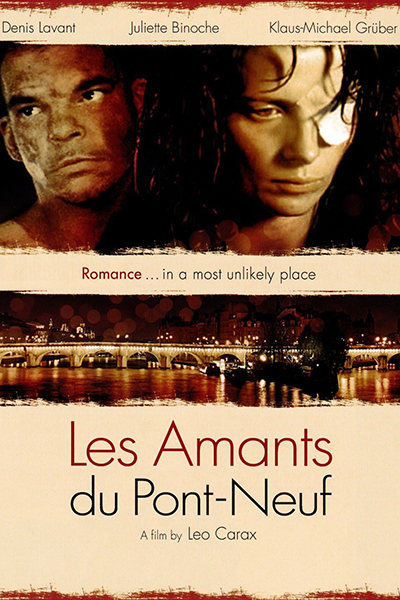 Directed by Léos Carax, with Juliette Binoche and Denis Lavent and released in 1991, the film was partly shot in Lansargues, canton of Mauguio, near Lunel .
Léos Carax has never been an ordinary filmmaker.
The shooting of Les Amants du Pont-Neuf was the most caricatural illustration of this.
The hero is injured at the beginning of the shooting, which will delay the film.
More spectacular: the Pont-Neuf of the film is not in Paris,
It is in Lansargues in the Hérault department, a small village between the sea and the vineyards.
In the middle of nature, the Pont-Neuf and all the surrounding area will be built.
And all this is expensive, very expensive!
So much so that Léos Carax has no more money and the filming stops.
Three different producers are going to take over, including Christian Fechner, who will finally allow the film to be completed in 1991.

It is the story of a crazy love between two young men, Alex, fire-eater and Michèle, beautiful vagabond, from 1989 to 1991, set on the oldest bridge in Paris, the Pont-Neuf.

Villeneuve-lès-Maguelone, the beach, the cathedral and the domain...