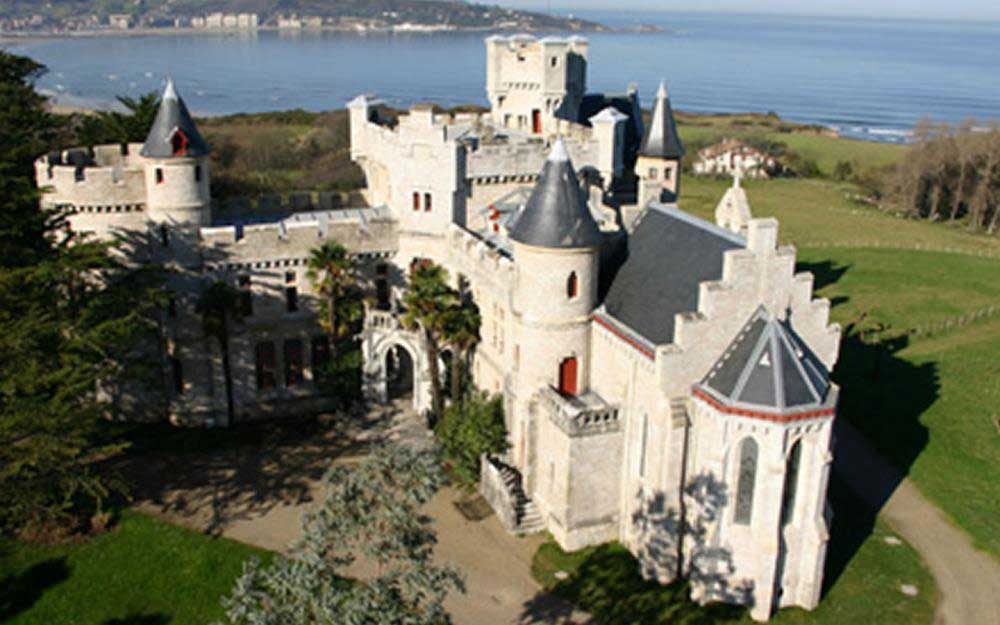 Abbadia, a castle beyond imagination...

Facing the ocean, the Château Observatoire Abbadia was built by Eugène Viollet-le-Duc between 1864 and 1879 for Antoine d'Abbadie, ethnologist, geographer, man of science?
Antoine d'Abbadie (1810-1897), an outstanding scholar with a passion for geography, astronomy and oriental culture, produced the first cartography of Ethiopia.
Strongly attached to the Basque Country, he became an ardent defender of its language and culture.
Of neo-gothic architecture, the building is inspired by medieval castle models and bears the mark of its owner's orientalist passion with a decoration inspired by the scientist's many travels, frescoes with African symbols... as well as mottos in fourteen different languages on the walls.
Property of the Academy of Sciences to which Antoine d'Abbadie had bequeathed it in 1895, with the condition that the observatory be run by a priest.
The castle, which is neo-gothic on the outside, consists of three main parts: the library and the observatory, the chapel where Antoine d'Abbadie is buried, and finally, the dwelling .
It is classified as a historical monument on December 21st, 1984.

The astonishing Church of St. Girons and its oak-heart frame