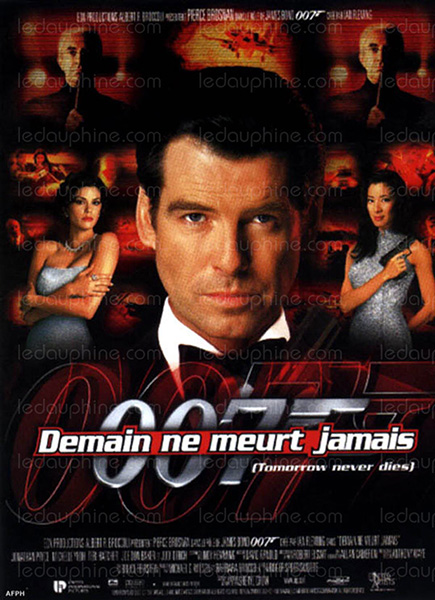 Peyragudes is the ski resort of the Central Pyrenees born from the marriage of the ski resort overlooking the Col de Peyresourde, on the Hautes-Pyrénées side, and the resort of Les Agudes, on the Haute-Garonne side.
The history of the Tour de France will remember that it was in 2012, during the first stage finish in the resort, that Thomas Voeckler won his red jersey with white polka dots for best climber.

James Bond in the snow... and the Tour de France
The history of cinema will remember that in January and February 1997, it was in Peyragudes that the images of the credits of one of the many James Bond films "Tomorrow Never Dies" were shot.
As the resort has one of the few mountain airports in the Pyrenees, the film teams chose to recreate an Afghan camp at the foot of the runways.

In January 1997, two hundred and fifty technicians and fifty actors and stuntmen disembarked, along with fifty tons of equipment, twenty war vehicles and a Czech training aircraft from the 1980s, the L39.

In addition to this plane, others were brought by road and parked at the altiport. Many improvements were made to the station, which could not even accommodate passenger aircraft.

Gigantic explosion, overflight by fighter planes, the images shot in the Pyrenees are of an astonishing realism.
Moreover, the inhabitants of the Louron valley, dominated by Peyragudes, still remember them.

The 2017 Tour de France will arrive in Peyragudes on 12 July, on the borders of the Haute Garonne and the Hautes Pyrénées.

Arrival judged on the altiport where a part of the James Bond film "Tomorrow Never Dies" was filmed in 1997.

But where have the skulls of the Templars gone?