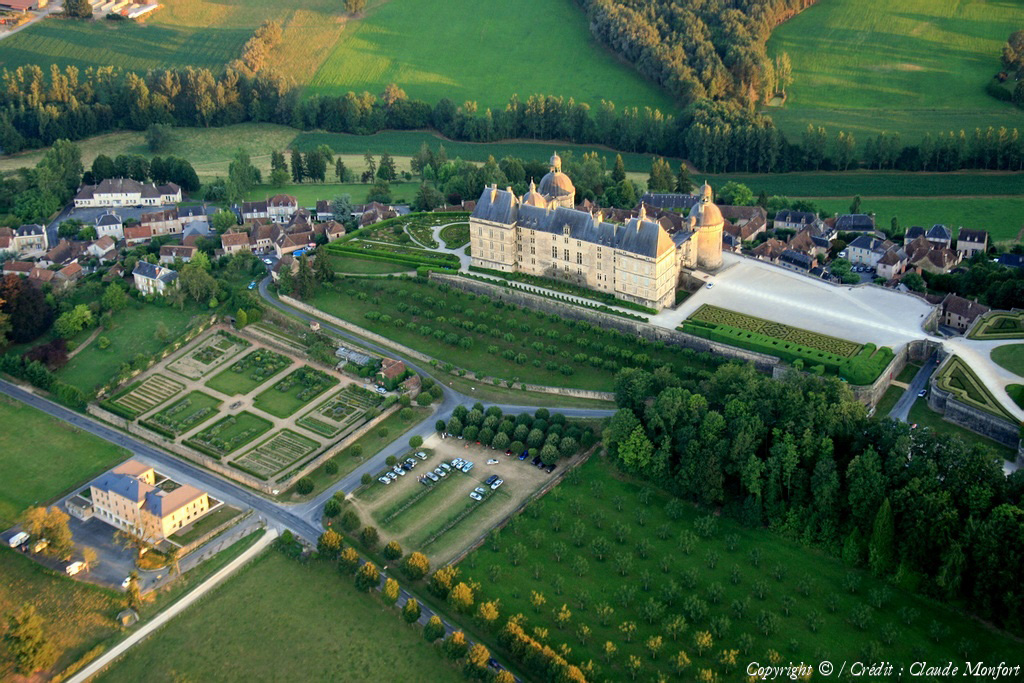 The majestic castle of Hautefort

One of the most beautiful castles in the region, the Château de Hautefort, is located in the Green Perigord.

By its classicism, Hautefort looks more like a castle of the Loire Valley than the fortified castles of the region.
Built in the 17th century, it probably replaces an old medieval fortress, itself built on the site of a Roman camp.

The first owner of the place was Guy de Lastours around the year one thousand. Gouffier de Lastours, one of his descendants, is apparently one of the thirty knights who entered Jerusalem in 1099 alongside Godefroy de Bouillon.

In the 12th century, by an alliance, the fortress belonged to the de Born family represented by two enemy brothers, Constantin and the famous troubadour Bertran de Born.

In 1183, Hautefort was besieged and taken by Richard the Lionheart. Following the death of his eldest son, King Henry II, moved by the troubadour's eulogy, finally gave the castle back to Bertran de Born.

In the seventeenth century gradually abandoning its defensive apparatus for the sake of a classical architecture, the castle the fortress is gradually transformed into a home for pleasure. This furnished building preserves a remarkable collection of furniture from the 17th and 18th centuries.

In the 19th century, the Comte de Choulot designed the French-style gardens and created the English-style park which offer varied views over the countryside and surrounding villages. The boxwood embroideries in the garden, elegantly arranged around the castle, contribute to the fame of the estate.

In 1968 a fire ravaged the building, but its owner, Baroness Simone de Bastard, decided to restore her castle once again. Moved by her passion and determination, everyone was mobilized to help and encourage her, from the inhabitants of the village to personalities of the time, such as Pierre de Lagarde or André Malraux...

As early as the 17th century, there were formal gardens in Hautefort.

Today, the Hautefort estate consists of more than 3 hectares of boxwood parterres punctuated by astonishingly shaped topiaries, entirely hand pruned twice a year. More unusual, the plant pergola stretches out in a long tunnel of greenery nearly 70m long, where it is nice to cool off. The immense espalier of magnolias overlooks the Hautefort parterre, composed of 10,000 feet of boxwood .

It is a 30-hectare English-style park created by the landscaper Choulot.

The park offers a variety of views over the countryside and the surrounding villages, with its flower beds, its

shady alleys and its remarkable trees, such as the majestic Cedar of Lebanon.

In addition to the presence of an ancient kitchen garden, below and outside the estate, now transformed into the château's nursery, the gardeners have set up an experimental kitchen garden in the east parterre next to the building, with ancient plants and vegetables from unhybridized seeds, in order to rediscover the flavours of yesteryear...

The seeds are on sale at the shop.

Also to be seen, in the village a small Museum of Medicine with the reconstitution of a dental surgery of the time.
Eugène Leroy, poet and writer regionalist périgourdin who became known for many novels including especially "Jacquou le Croquant" was born in the castle of Hautefort.