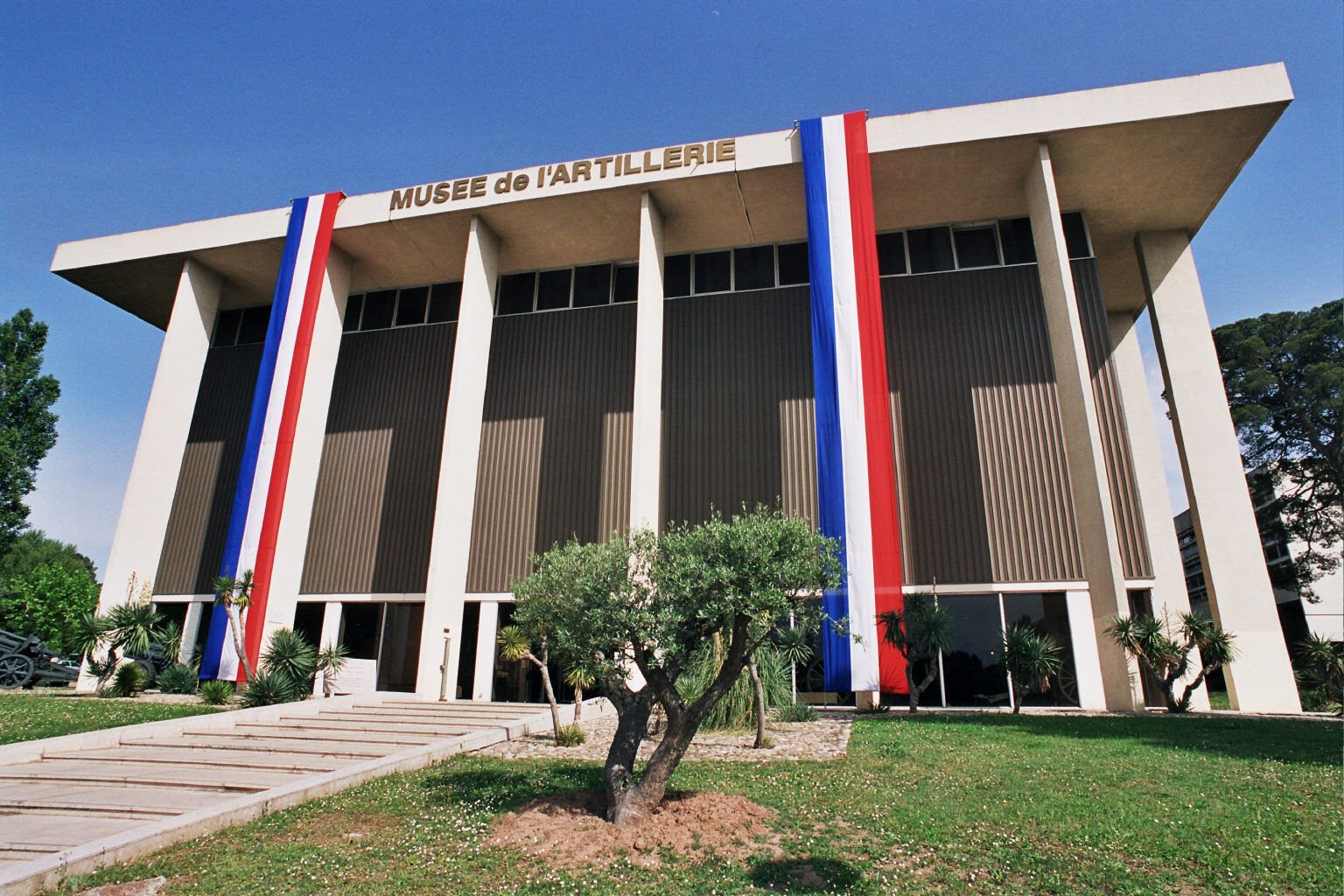 The Artillery Museum, conservatory of a national heritage

Created in 1982 and renovated in 2013 by the architect Rudy Riccioti, patron of the project, the Artillery Museum presents the technical, tactical and human history of these weapons, from 1324 to the present day.

Today, the Artillery Museum is open to the public and houses various prestigious objects such as a bronze cannon cast in Strasbourg in 1732, numerous small models of the Gribeauval system from the middle of the 18th century, a classic cannon from 1739, a Gribeauval cannon, and the prototype number 6 made in 1896 of the 75mm cannon model 1897.

The oldest piece dates from the middle of the 15th century!
The museum is located in the Ecole d'application de l'artillerie de Draguignan to which it is attached and participates in the conservation of the heritage, traditions and military culture of the French artillery.

It is also a scientific and discovery space, a working tool, a place for reflection and an educational tool.

The conservation of a national heritage
The collections presented here are the legacy of :
- the Conservatoire de l'Arsenal de Paris, created in 1685 by Louis Crevant, Duke of Humières, Marshal of France and Grand Master of the Artillery,
- the Regimental Schools and the Artillery Training School created in 1791 in Chalons sur Marne, enriched over the years by donations.
The original documents and old objects testify to the traditions of the artillery, stemming from the traditions of the French army and its evolutions.
The museum gives an important place to the men who made the artillery as well as to the facts that trace the technical and tactical evolution of the weapon.
The museum presents an impressive collection of old guns, ammunition and historical reconstructions, with the aim of tracing the history of the weapon, from its appearance on European soil in the 13th century to the arrival of new technologies in the 1970s. 700 years of history are thus "swept away" to enable visitors to understand the progressive evolution of artillery.

Firearms from all eras are exhibited alongside multiple objects related to artillery. Projectiles, topographic material, war and resistance objects, paintings, uniforms... tell the story of this long history.

In addition to the permanent collections of the museum, a temporary exhibition is organized every year. Particular themes are then addressed in order to highlight a little-known facet of the artillery or, more generally, of the Army.

At the heart of the museum is a memorial to remember the sacrifice of the many artillerymen who died in combat.

The entrance is free...

Gassin, one of the most beautiful villages in France