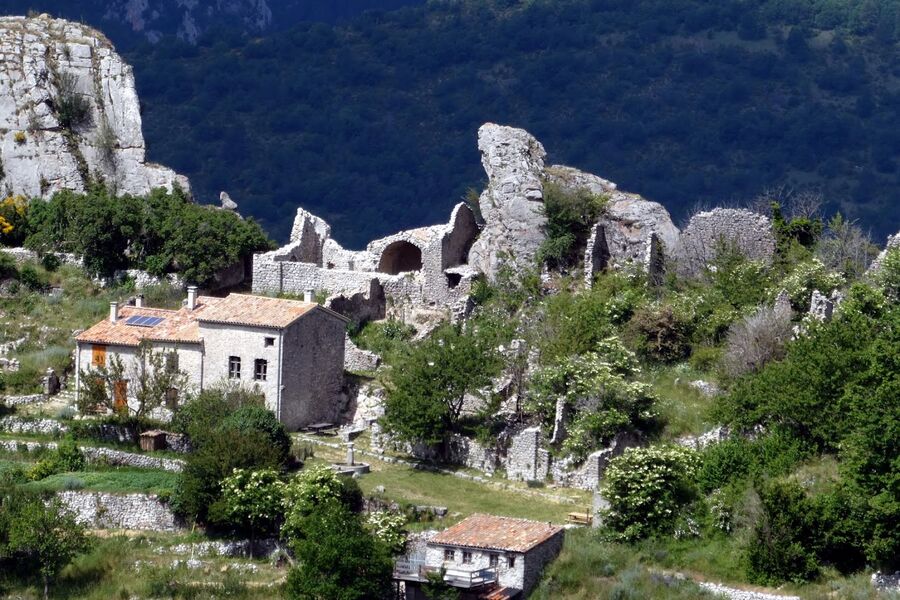 Perched at an altitude of 1,200 meters, on a mountain ridge, Poil is a small village in the Provence-Alpes-Côte-d'Azur region, associated with Senez since 1974.

It would have taken its name "lou péu", "stake" in Provencal.

From the 14th to the 17th century, the Castellanes were the lords.

While it had nearly 300 inhabitants in the 20th century, year after year, Poil was emptied little by little, notably because of the rural exodus caused by the living conditions that became very difficult during the inter-war period.

Being far from the main communication routes, the inhabitants lived practically in autarky, a good part of the year. Agriculture, cereals, vegetables, fruits, the breeding of sheep, pigs, goats, poultries and the gathering of mushrooms, fruits ensured the subsistence. They supplemented this with beekeeping and vineyards that they cultivated in the neighboring villages and brought back to the village to make their wine.

In the 1930's, the village had no inhabitants and the vegetation covered the ruins.

If today, the hamlet is only ruins, or almost, the association "Les Amis du Poil" does not leave it to the abandonment and tries to renovate it so that it can preserve all its charm. A gîte has even been opened to welcome visitors who wish to spend the night there.

The Pignes train... with steam

The Hussar on the roof