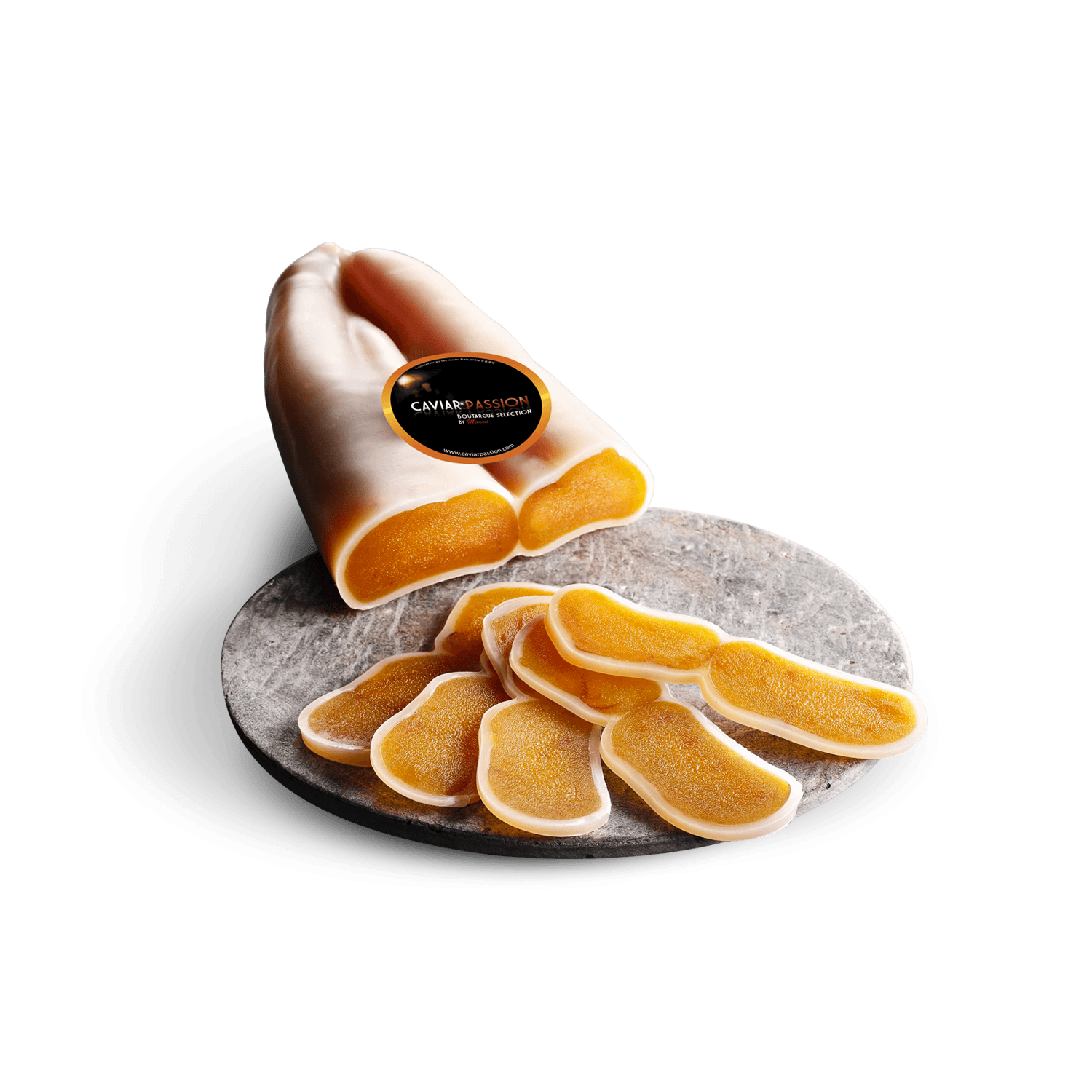 info_outline
You are here: Home / Regions / Provence Alpes Côtes d'Azur / 13-Bouches-du-Rhône / Do you know the Poutargue?

The Poutargue also called Boutargue or caviar of the Mediterranean or Martigues caviar (poutargo or boutargo in Provencal) formerly botargue is a luxury product made from salted and dried mullet eggs.

It is a speciality of the commune of Martigues.

In 1782, Pierre-Jean-Baptiste Le Grand d'Aussy mentions it with a manufacturing process identical to that of today's craftsmen in his "Histoire de la vie privée des français depuis l'origine de la nation jusqu'à nos jours". However, the exact origin and date of introduction in Provence are subject to discussion.

From a lexical point of view, the French word "poutargue" would be the current shift in the pronunciation of the French word "boutargue", borrowed from the Provençal word "boutargo", itself borrowed from the Spanish "botagra" derived, in turn, from the Arabic "bitârikha". All these words have the same meaning of "salted fish eggs". However, this is not enough to determine their origin because if a contribution by the Arabs, via Spain, is plausible, others remind us that salted fish eggs were known since Roman antiquity and that the Romans imported them and considered them most often as a Greek specialty.

From the 18th century, in 1770 in the "Dictionnaire portatif de commerce", it begins to be specified that it is made 8 leagues from Marseille, in a place called Martegue.

This speciality, known and appreciated through the great tables and the well-to-do circles of the planet, constitutes an invaluable present sometimes, from Russia to Africa. Jews are fond of it. The Greeks used it to make the authentic tarama.

Privilege of some fishermen and family businesses, its manufacture remains artisanal.

Each bottarga consists of a pair of egg sacs, never dissociated, coming from mullets caught in the Mediterranean Sea, but the rarefaction of this fish often obliges to import some from Mauritania.

Traditionally, it is when the mullet leaves the Berre pond to spawn in the sea that the fish are caught "au passage" with a horizontal net called "calen" or "carrelet" or "globe".

The fishing period is authorized from July 1 to March 1, the spring being reserved for the entry of the fish into the Berre Pond).

In 1920 there were about ten calens between Martigues and Port-de-Bouc. Currently there are 3 of them still in operation, 1 in Martigues, 1 in Port-de-Bouc and one in Saintes-Marie-de-la-Mer.

The bottarga has not always been a luxury product providing a substantial additional income to fishermen. In 1886, F. Escard speaks of a "delicatessen or boutargue", among the fishermen of Martigues, which accompanies the bread and sweet latte in the morning and the lunch bread with cheese and olives after the fish soup .

Nowadays an extremely expensive and very fine product, the poutargue is consumed religiously, alone and plain to appreciate its flavors.

The Granet Museum, one of Aix's astonishingly rich cultural gems