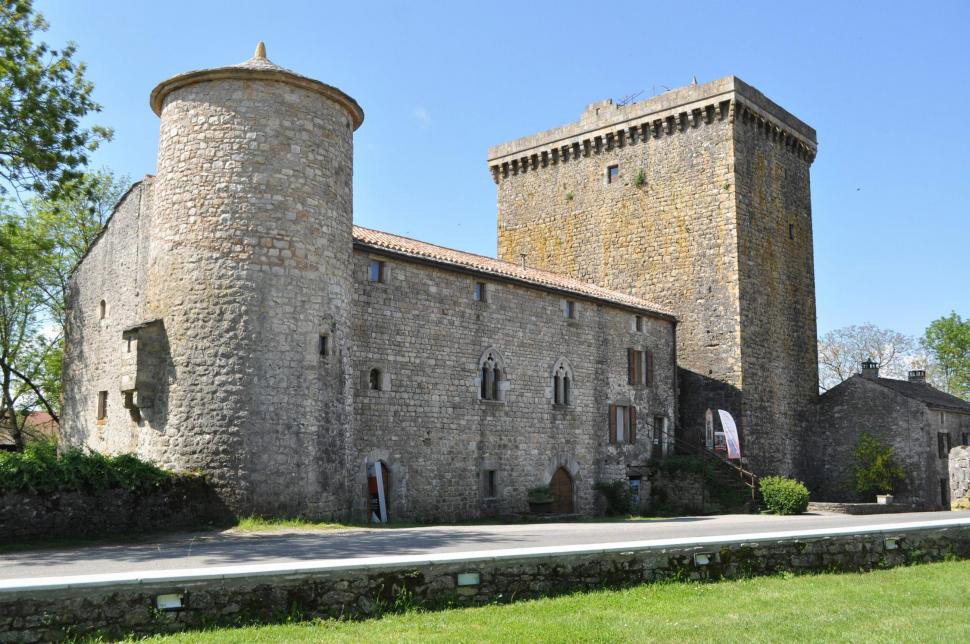 info_outline
You are here: Home / Regions / Occitany / 12-Aveyron / The Tower of Viala-du-Pas-de-Jaux, "lighthouse of Larzac"

The Tower of Viala-du-Pas-de-Jaux, "lighthouse of Larzac"

The impressive 30m high Tour Hospitalière located on the famous Causse du Larzac is the largest tower-attic built in Aveyron to shelter the population of the Viala du Pas de Jaux. It is an exceptional architectural treasure.

Before the construction of this tower in 1430, the inhabitants of the Viala du Pas de Jaux, in case of danger, had to go with their belongings, their families and their herds to Sainte-Eulalie-de-Cernon about ten kilometers away.

This was not a permanent solution. The inhabitants asked the Grand Prior of Saint Gilles, Bertrand d'Arpajon, for permission to build this imposing tower, originally separate from the existing house.

Today, thanks to the association "La Tour du Viala du Pas de Jaux", major restoration work has been undertaken to save this monument.

Singular heritage with a view of the Larzac

At the top of the tower, you can enjoy a panoramic view and you can see the attacker from afar and prepare the defense of the tower and the protection of the inhabitants.
During the visit of this singular and so well restored site, on each floor, you will be able to discover elements of this built heritage: fireplaces, small windows, large vault in arch of cloister, covered way with machicolation, roof of lauze.

To better understand the history of this place and its major stages of restoration, a video projection will be shown to you.

At the foot of this tower, you can see to the east the knights' dwelling and its annexes, to the south the threshing floor, to the west discover the village with its low stone walls protecting the gardens from the wind, the 19th century church and old typical Caussenardes farms with their slate roofs.

For security reasons, the tower was separated from the house and access was through a door on the second floor by means of a drawbridge.

A gallery surrounded the walls of the tower (faux-braie) for a better defense. In front of the southern façade of the Hospitaller's dwelling, a two-storey building was erected in the 15th century. Its first floor was used as a stable, at the back is a vast cistern which collected rainwater from the roofs, the other two floors were used to store fodder and straw.

What about the counterfeiters then?

At the bottom of the latrines on the second floor, a workshop of counterfeiters was found.

Regalian law the right to mint money was thus given by the King and any transgression was severely punished, the counterfeiters being scalded alive in a large cauldron.

The tympanum of Conques in Aveyron, represents the torture of a counterfeiter to whom molten metal is poured into the throat.

That did not prevent the counterfeiters from being very numerous...

The imposing tower hosts a good part of the year permanent and temporary exhibitions that delight culture lovers.
During the visit, young and old alike can dress up and put themselves in the shoes of the Hospitallers. Discovery workshops are also offered.
Hikes of all levels are also proposed, starting from the Tower or, for the more daring, the GR71 Tour du Larzac.

For those in search of new sensations, the abseiling down this immense tower will satisfy them.