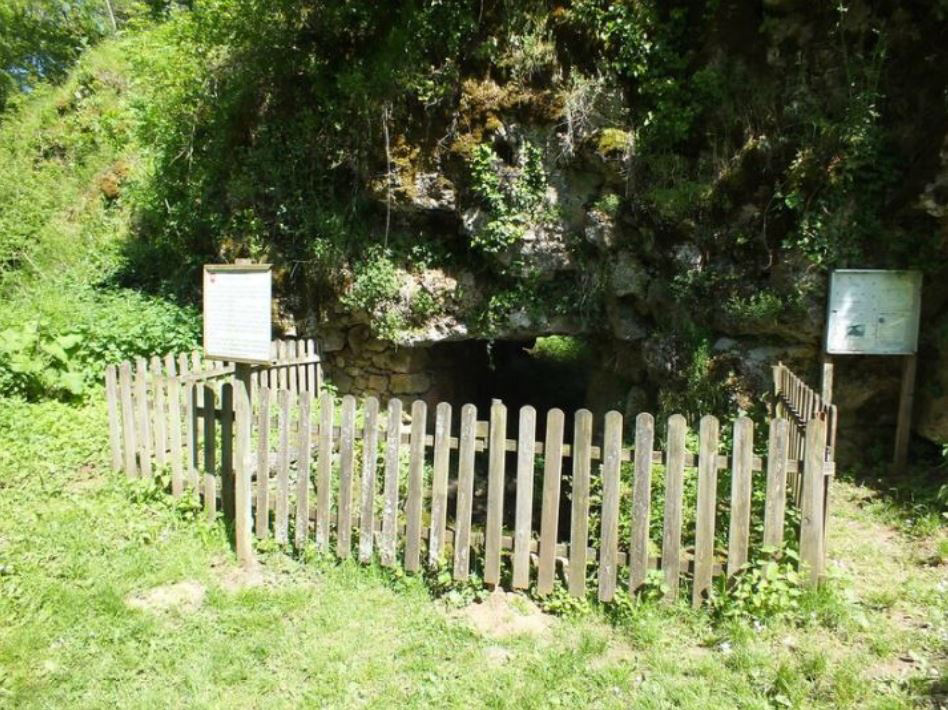 info_outline
You are here: Home / Regions / Occitany / 46-Lot / The troglodyte and roman fountain - The Gallic Fountain and Caesar's Fountain

The troglodyte and roman fountain - The Gallic Fountain and Caesar's Fountain

Consisting of two troglodyte basins, overhanging the Lot by more than 120 meters, this fountain was built in Antiquity and refurbished in the Middle Ages.

The building was registered as a historical monument on June 2, 2003.

It can be reached from the Place Saint-Andrieu by a 120-step staircase dug into the cliffside.

Protected by high walls, the troglodytic Roman Fountain is invisible from the Lot valley.

Its fortification allowed the villager of Capdenac-le-Haut to hold long sieges with abundant water within the citadel itself.

Forgotten for a time, the fountain was rediscovered and reopened to the public after long hours of clearing and masonry work in 1981.

It is by trickery that Caesar would have arrived at a capitulation of the Resistance by draining the only water point in the city.

Among the vestiges of this siege, the Gallic fountain and Caesar's fountain have come down to us.

It is in Capdenac-le-Haut that would have come to entrench 2.000 irreducible Gauls after the capitulation of Vercingetorix in Alesia. Julius Caesar himself and 30,000 of his best soldiers would have besieged the place for two months.

The configuration of this citadel made any victorious assault impossible, but soon Caesar noticed that the besieged had a source that would allow them to hold the siege.

Inside the walls, the Gauls had dug a well 7 meters deep to reach the source.

Caesar then undertook extensive work to drain the spring.

He had large trenches dug under cover and dug up toward the isthmus. Arriving at the same level as the Gallic fountain, the Romans dug galleries facing south towards the well and cut one by one the veins feeding the spring.

The well of the besieged suddenly dried up.

Waiting for their leaders to leave in search of food and believing that the gods had abandoned them, the die-hard Gauls finally surrendered.

In order to set an example, Caesar had the hands of those who had borne arms cut off...

Of the Gallic fountain, only the dug well and the external basin remain. The Gallic enclosure wall has virtually disappeared.

After the siege, the Romans take possession of the oppidum, and will create a new fountain about thirty meters from the Gallic fountain.

To supply it with water, they will channel the water from the cut veins into an aqueduct.

This new fountain will be called Caesar's Fountain.

After the siege, the Romans built an exceptional troglodytic fountain on the eastern slope to provide a new water point inside the citadel: the Roman Fountain known as the Fountain of the English.

The aqueduct is still present to the north of the fountain but it is now overgrown with vegetation.

In the 13th century, a stone vault was built. In the 19th century, a wash-house was installed nearby, to be finally filled in more recently.

The site of Uxellodunum is officially recognized at the Puits d'Issolud. However many elements accumulated for several centuries on the site of Capdenac, strongly suggest that Uxellodunum is indeed Capdenac-le-Haut.