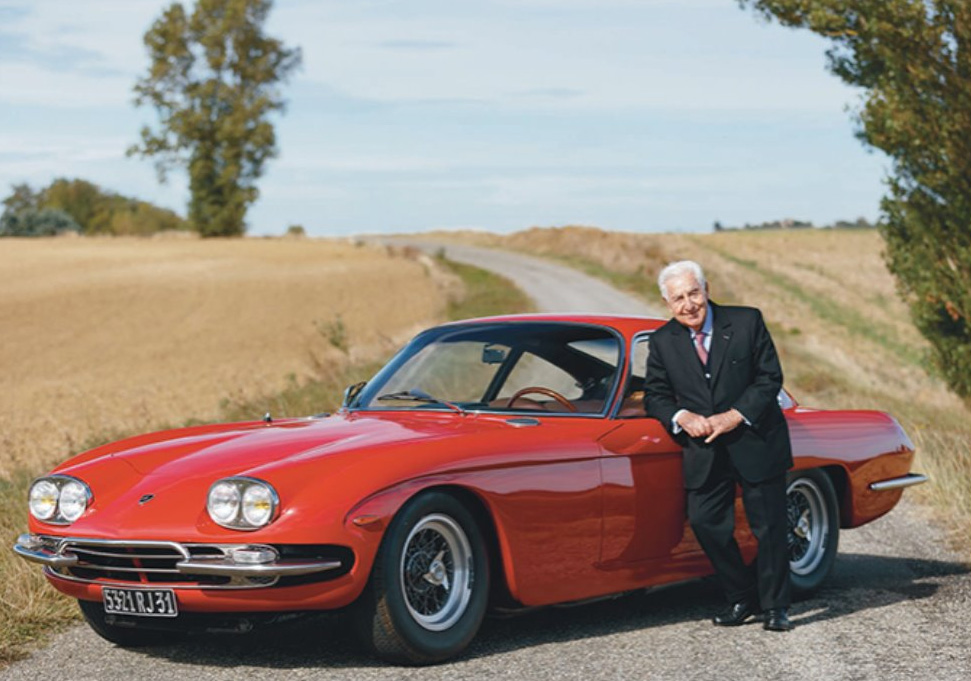 On September 13, 2020 the auction house Artcurial sells the 170 vehicles of the André Trigano collection.

After having sold all his Citroëns with Artcurial in 2016, André Trigano is now parting with his entire collection, which presents an incredible variety of genres, periods and states.

"I would like to give my cars another life.

I wouldn't want them to become inanimate objects! ».

Four years ago, Artcurial had already auctioned off all of its Citroëns: some forty models covering the French manufacturer's range from 1919 to 1972.

André Trigano therefore decided to part with the other part of his collection, some 170 cars, including about thirty "barn-exits".

The recent history of the Trigano family begins with the father, Raymond. A Blackfoot from Algeria, he joined a regiment of Zouaves in the French army during the First World War and then went into business. It will be at first the roasting of coffee and at the end of the Second World War the recycling of tarpaulins that become canvas tents.

Camping and leisure activities are sectors in full expansion, the way is paved for the family. This will be the camping equipment.

For the brother, Gilbert Trigano, the Club Méditerranée and the nephew Serge Trigano is in the adventure of the Mama Shelter hotels. André Trigano will be the mayor of Mazères for 24 years before becoming first magistrate of Pamiers.

When he sold his Mama Shelter collection, André Trigano explained that he had known Madame Citroën and was passionate about the brand's cars.

Then more than a hundred beautiful cars were added to the initial collection.

"Collecting is having a passion, realizing your dream and passing it on," he explains.

A first Artcurial sale was held in 2016. The Citroën collection ranged from the pioneering 5CV Trèfle, the mythical Traction, the popular 2CV in several variants and colors, the avant-garde DS to the exclusive CX of the 1980s. The entire history of this brand was retraced.

André Trigano's passion goes back to the 1930s.

He was impressed by a large Packard car parked in the 17th arrondissement of Paris.

The war put a stop to the family's activity and they took refuge in Ariège where André joined the partisans and, shortly after the Liberation, bought his first car, a Citroën C4.

In the 50s it will be the period of the rallies and the 24 hours of Le Mans. The 1955 Le Mans accident, with 84 dead and 120 injured will be the most important accident in the history of the sport and incites our driver to put down the helmet but the passion will take another form: the collection. "Little by little, I started to look for cars that I had loved and that were not within my means.

In the 1960s, the old ones didn't interest anyone. At the same time, he began to offer himself more prestigious models for everyday use, such as a Ferrari 212 Inter.

Then came the Lancia B24 or the Lamborghini 400 GT, which he considers the most beautiful car. Then Aston Martin, Porsche, Salmson or Packard, the collection takes shape ...

Note a car bought from its first owner, the Rolls-Royce Silver Spur of Marcel Dassault. After separating from the Citroen collection, the whole collection will start a new life.

André Trigano explains: "I have already sold all the Citroëns. I had achieved my goal of bringing the range together, and I found it less interesting. I'm 94 years old and I've had the chance to experience a very active professional and public life.

Today I no longer have the courage to drive and therefore no longer drive at the weekend as I used to. Moreover, my two sons are not interested in this collection, the maintenance of the whole thing is expensive and, therefore, these cars that I loved so much are in danger of remaining static and withering away. But a car that doesn't run is no longer a car, it's just an inanimate object.

So I would like to give them another chance, so that they can have a second or third life. »

The Castle of Valmirande, a castle of the Loire Valley in Haute-Garonne