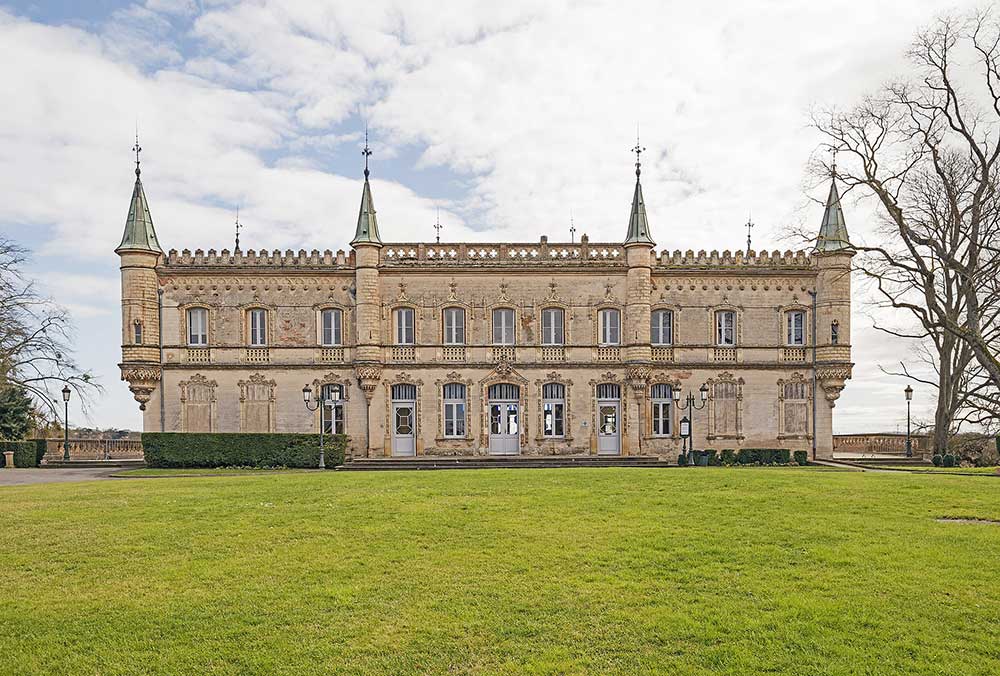 info_outline
You are here: Home / Regions / Occitany / 31-Haute-Garonne / The town hall of Launaguet, one of the most beautiful and astonishing town halls in France

The town hall of Launaguet, one of the most beautiful and astonishing town halls in France

The castle that now houses the town hall was built in 1845 on the ruins of a manor house burnt down in 1805. The estate had been bought in December 1843 by Jacques-Henry Dufay, Baron de Launaguet, Prefect of Montauban, then Maître des requêtes at the Conseil d'Etat, whose tomb is in the chapel in front of the present church.

This castle was restored by an architect based in Launaguet, Auguste Virebent.

Following the wishes of the town council at the time, the building became a municipal heritage site in September 1991 and was classified as a historical monument on 11 February 1993.

The brick building is entirely plastered in stone colour with a drawing of apparatus and a drawing of bossing at the base of the turrets.

The frames of the windows and doors, balconies and the bases of the turrets have been decorated with terracotta moulded from flamboyant Gothic elements.

The two windows at each end of the ground floor of the north facade are painted in trompe l'oeil. The bays on the first floor are open above the openwork Gothic balustrades.

The entire interior decoration was designed by Auguste Virebent, including the furniture.

A large neo-Gothic hall occupies the entire width of the building in the centre. A monumental fireplace and a niche face each other in the centre of the room, which is still furnished with custom-made sofas and chairs. The floor is mosaic.

The dining room, now the mayor's office, has a four-bayed sideboard separated by terracotta pilasters painted in faux wood, as do the walls and ceiling.

Two "Rococos" lounges are located at the eastern end of the building.

A marble staircase with wrought iron railings leads up to the first floor, where two bedrooms retain their decoration almost intact.

A must see for the pleasure of the eyes...