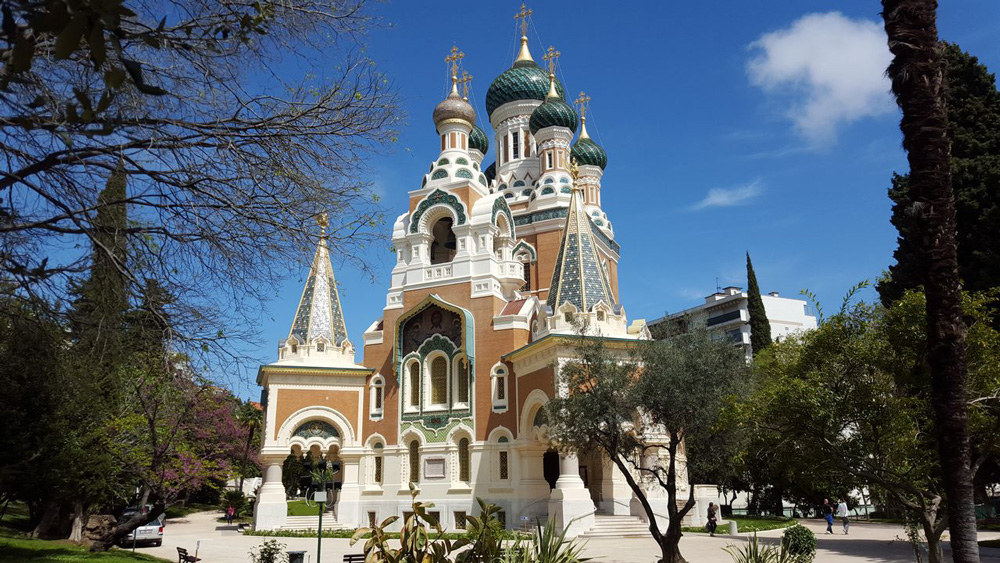 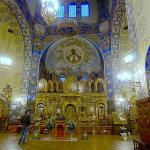 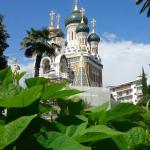 During the second half of the 19th century, the French Riviera, and more particularly Nice, became a regular place of residence for the Russian imperial family. An important Russian colony settled there in a perennial way, leading to the construction of an orthodox place of worship, one of the most important outside Russia.

A first church was erected at 6 rue Longchamp, in the center of Nice, and consecrated in 1859. But this first Russian church in Western Europe, which still exists today, soon proved to be too small.

In April 1865, at the time of the death in Nice of a meningitis, of Tsarévitch Nicolas, son of Tsar Alexander II, an oratory was erected precisely on the place of his death, in the park of the villa Bermond that his father rented, on the site of the house.

A new building was built nearby from 1903 to 1912 despite many vicissitudes.

But also because of the political situation, the 1905 revolution in Russia, the war against Japan... and multiple changes of master builders. The Russian church of Nice is finally inaugurated on December 17, 1912.

Following the Russian Revolution, the Russian church of Nice is managed by a religious association from 1923.

After a long legal conflict, the Russian Federation, which claimed the building, regains full ownership and management of the church and carries out major works there from 2014.

The Orthodox Cathedral of St. Nicholas was reopened for worship in early 2016.

St. Nicholas of Nice was designed by Mikhail Preobrazhensky, professor at the Imperial Academy of Fine Arts in St. Petersburg, who designed several other Russian churches around the world.

The cathedral follows the plans of a Greek cross and has a bell tower dome covered entirely with gold leaf. An Italian gilded cross accompanies each of its six bulb domes. Its red brick façade is decorated with magnificent mosaics. The interior of the church is not to be outdone with its breathtakingly rich decoration.

Icons, frescoes and woodwork are of extraordinary beauty, symbolizing the mastery of this art by the Russian painters and architects of yesteryear.

The choir of the cathedral, which overlooks a magnificent iconostasis, is the perfect example of this unparalleled beauty.

The cathedral was classified as a historical monument by decree of August 11, 1987  and received the label "Heritage of the 20th century".