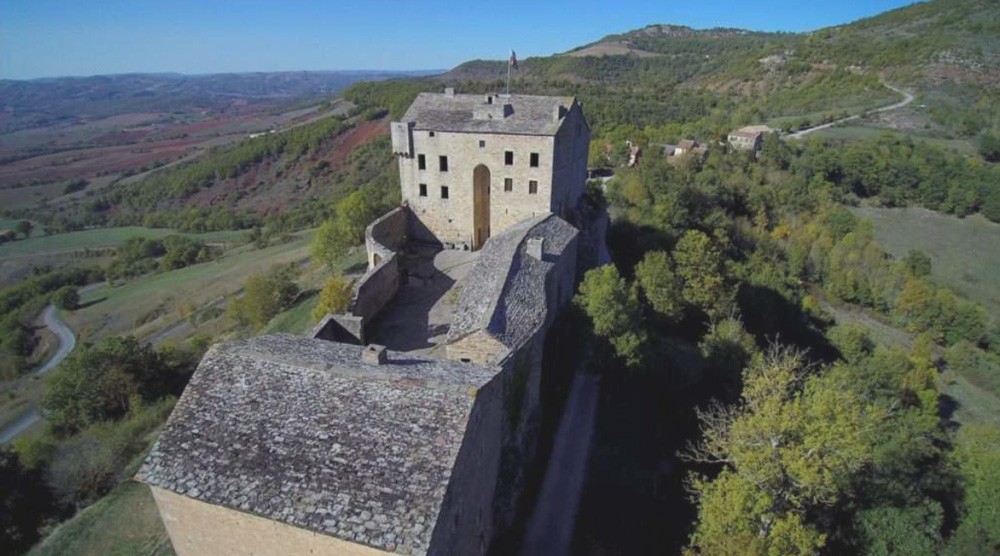 info_outline
You are here: Home / Regions / Occitany / 12-Aveyron / The castle of Montaigut

The castle of Montaigut is a fortified castle overlooking the Rougier de Camarès and depends on the town of Gissac, in Aveyron.

The first traces of the castle of Montaigut date back to the 10th century. Built on a rocky spur overlooking the valley of Dourdou de Camarès, the castle is built on a necropolis of the High Middle Ages.

It was at that time a simple watchtower that defended the town of Saint-Affrique against attacks from the South.

The castle of Montaigut was enlarged and transformed in the 15th century by the de Blanc family, who made it their residence.

In the 17th century, its new owner, the bourgeois de Rouvelet, restored it by plastering the entire interior walls. Its defence system is dismantled and a slate roof is added.

In the 19th century, the castle is used by peasants and farmers in the vicinity then abandoned from the 1920s and falls into ruin, furniture and stones are recovered for reuse.

The association of Friends of the castle of Montaigut, which became owner of the place in 1968, then undertakes a vast restoration operation.

The castle will be definitively saved in 1989.

Access is by a path running along the castle and its surrounding wall. In the courtyard are visible the 15th century stables and the forge added in the 19th century.

The watchtowers date from the 15th century, as do the Gothic fireplaces, vaults and gates.

The castle has beautiful vaulted rooms served by a spiral staircase, a storeroom with a cistern carved into the rock, a guards' room and its prison, bedrooms, a kitchen.

One can also admire there gypseries dating from the 17th century.

Today the castle has become a permanent centre for cultural activities and houses the Centre d'Histoire Régional du Sud Aveyron.

The visit of 13 furnished rooms and a video will allow you to know everything about this castle, to take a trip through the Middle Ages with its large medieval room, its kitchen, its rooms equipped with latrines, its watchtowers and its panoramic roof terrace.

Don't miss the discovery of the Merovingian necropolis of the 7th century.